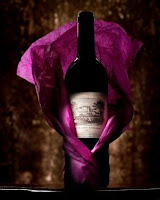 No other wine has captured the imagination of the Chinese wine connoisseur like Château Lafite-Rothschild. From the high-end restaurants that line Beijing’s Dongcheng District to Shanghai’s Three on the Bund Complex, Lafite is a name that inspires a hushed reverence. Sotheby’s Hong Kong will be dedicating an evening auction to wines procured directly from Lafite on Oct 29. Nearly 2,000 bottles, dating from 1869 to 2008—and which have never left the Château until now—will be offered for sale. It is almost unheard of for Lafite to release library vintages from their private cellar, but the estate wanted to take the opportunity to honor some of their biggest fans. The sale is expected to fetch between $1.5 and $2.5 million. All bottles will have a label with the Sotheby;s designation and will be laser engraved at the bottom with Hong Kong 2010.
Auctions Luxury Sotheby’s