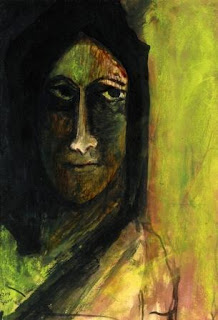 A rare collection of 12 works by the celebrated Bengali artist and poet, Rabindranath Tagore (1861-1941), will be sold at Sotheby's on Jun 15 in London. This is the first time these paintings, which belong to the the Dartington Hall Trust, a British charitable organisation, have come up at auction.

Born in Calcutta in 1861, Tagore was perhaps the most important literary figure of Bengali literature; he was also the first non-European to win the Noble Prize in Literature. Tagore started painting relatively late in his life and his works are relatively rare to the auction market. Sotheby’s set set an auction record for his work, Death Scene - from the collection of W.G. and M. Archer - which sold for £120,000 in May 2008.

The 12 paintings presented for sale have a pre-sale combined estimate of £250,000.
Asian Art Auctions Sotheby’s