Catch the 2014 Mosaic Music Festival; it’ll be the Last One! 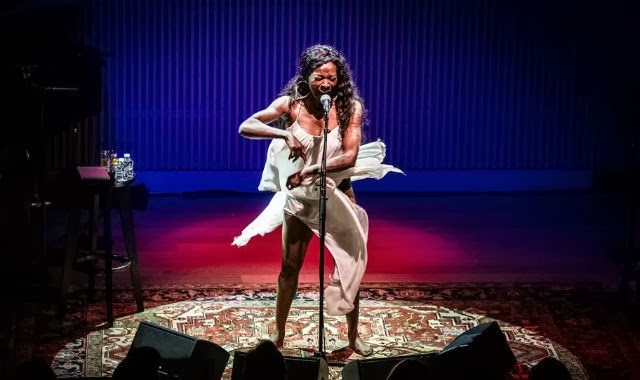 The Mosaic Music Festival is celebrating its 10th year anniversary in 2014 with a bang, of sorts. Organizers have announced it will be the last edition of the hugely successful festival, which over the years has brought an array of music stars to the city-state, from jazz heavyweights including Pat Metheny and the late James Moody, to world music superstars like Youssou N'Dour and indie rock bands like Tortoise, and the acoustic guitar folk-rock duo Indigo Girls.

Started in 2005 as a unique collaboration with the famed Montreux Jazz Festival and world music label Putumayo, the relatively small music festival with a peculiar identity but big ambitions quickly transformed over the years into a must-attend festival catering to a broad audience taste with funk, electronica, folk, ska, indie, hip hop, and pop, all represented in their pure forms and as intriguing collaborations, and always of the highest quality.

This year’s 10-day edition will therefore be a bitter sweet celebration, bringing performers like jazz and fusion guitarist John McLaughlin to town, to be joined by Dee Dee Bridgewater fresh from her successful off-Broadway spell headlining the Billie Holiday musical Lady Day.

Other notable performers this year include jazz guitarist and singer John Pizzarelli, modern jazz guitarist Kurt Rosenwinkel (known for his brilliant guitar skills and improvisation), Grammy nominated singer/songwriter Neko Case from the USA; soulful vocalist Buika from Spain; Cuban pianist and composer Omar Sosa together with Italian trumpeter Paolo Fresu; pop group Young Dreams from Norway will also fly in as will Icelandic composer Ólafur Arnalds who will present his neo-classical style music. And British band The Big Pinkwill entertain with their pop-classicism while Australia’s The Cat Empire will showcase their genre-busting funk fusion.

Going down memory lane, this year’s festival will include “10 years of Mosaic Moments,” an exhibition in which highlights from years past come alive again in the form of videos, audio clips, photographs, and autographed posters.

So given its popularity, many will wonder, “Why stop?” to which Clarence Yap, assistant director, programming, The Esplanade Co. Ltd., will respond, “Now that audiences are well-served by a wide variety of concerts and festivals, it is timely for us to take stock and to explore charting a new direction to contribute to the music scene not currently served by commercial interests.”

The festival will run March 7 to 16 at the Esplanade Theatre. Grab your tickets on sistic now!