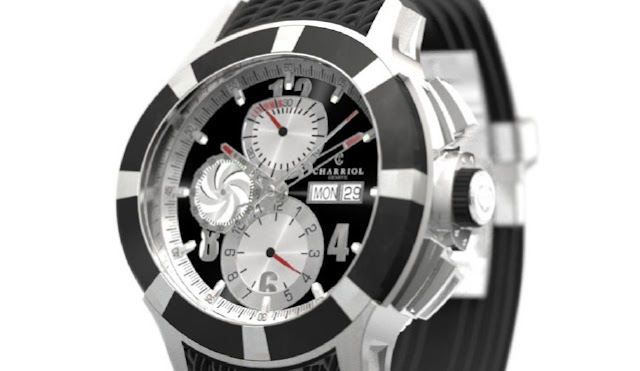 Charriol is celebrating its 30 years as a watch and jewelry brand and is looking to the future, deciding to increase its offerings of mechanical timepieces to appeal to Chinese customers.


“Chinese customers, who are making the fortune of many countries around the world, have very specific demands in terms of watches. They especially like automatic and mechanical watches, and our collections have been re-orientated somehow in order to please these customers,” explained Philippe Charriol, founder and CEO of the family-run Charriol. 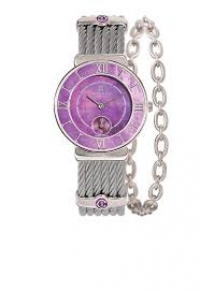 Founded 1983, Charriol has been primarily known for its feminine designs seen in its long-standing St Tropez collection with its chain-link bracelet and its use of a unique cable twist motif inspired by ancient Celtic art.

“Traditionally we’ve focused more on design and the look of the watch, more than the movement. While we have had some mechanical movements in the past, we’ve never had so many as this year. I think we’ve now really moved into mechanical watches with six models introduced this year,” he told BLOUIN Artinfo in a recent interview while in Singapore.

The brand has launched new additions to its Columbus line, first created in 1988, with a Grande Date GMT model that has a decorated oscillating weight, and a Power Reserve model that runs for 120 hours and has an intriguing interlocking-arcs design on the dial which form a sub-dial and date display.

While he declined to give turnover figures, Charriol said watch sales represent about 55% of its overall turnover, with the percentage of jewelry sales rising on a worldwide basis in recent years. “It’s not that we have been selling fewer watches, but we sold more jewelry,” he said.

Charriol said his company is planning to focus on deepening its presence in China. “I took a unique route in China because it was impossible for me to spend enough money to make the name recognizable. There are only a few groups that can do this. So, four years ago I decided to license my name in China for ready-to-wear menswear, leather, and shoes, and today there are more than 200 stores with the name Charriol,” he explained. “It’s a side way to build the brand name,” he added.

“I designed the stores and I do have control on all the design of the collections. I can also have some watch and jewelry displayed in those stores,” he said.

He believes his brand is going to evolve more toward becoming a lifestyle brand, “as we’re planning to introduce new categories.”

“For example, I’m working on a wine,” he added. “It will depend on how deep I can penetrate the Chinese market.”