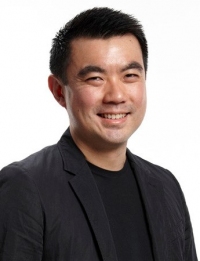 The wait is finally over. The National Art Gallery of Singapore has named Eugene Tan as director of the Gallery, which will open its doors in 2015.


Once described by Singapore artist Ho Tzu Nyen as a “true soldier of contemporary art,” the soft-spoken Tan is a familiar face in the regional art scene and is respected internationally. He will join the National Gallery on May 15. His job description is to lead the gallery on key museological and curatorial aspects, and strengthen its profile as a leading player in the visual arts scene. He will also influence "the intellectual framework that will guide the display and further development of the gallery’s collections.
In the meantime, he will continue with his position as the programme director  of special projects at the Economic Development Board, in charge mainly of spearheading the Gillman Barracks development, until the fourth quarter of this year.
Over the years, Tan has straddled the public and private sectors. He has extensive curatorial experience, including as curator of the Singapore Pavilion at the Venice Biennale in 2005 and as a co-curator of the inaugural Singapore Biennale in 2006.
As founding director of the Institute of Contemporary Art Singapore, a part ofLaSalle College of the Arts, he pushed for a more cutting-edge programming at the institute, and as program director for contemporary art at Sotheby’s Institute of Art in Singapore in 2008, he helped set up a master’s program for contemporary art.
Most recently, as the director of Lifestyle Programme Office at the Economic Development Board, he played a key role in the development of Gillman Barracks, Singapore’s latest art hub, and he managed to attract strong tenants from around the world to establish a presence there. These include ShanghART Gallery, one of China’s most influential galleries, Japan’s Ota Fine Arts, representing the work of Yayoi Kusama; and New York’s Sundaram Tagore Gallery, which carries works by celebrity photographerAnnie Leibovitz and abstract American painter Frank Stella.
Tan’s appointment is interesting as it hints to a possible new or broader direction for the National Art Gallery. His personal taste firmly lies in conceptual and contemporary art, while the National Art Gallery was originally set up in 2007 as an institution that would manage Singapore’s extensive public collection of Southeast Asian Modern art, said to be the world’s largest.
For now the National Art Gallery staff operate out of temporary offices and the art is in storage pending the gallery’s opening in 2015 in what is shaping up to be a spectacular home in two historic buildings in Singapore’s Civic District, the former City Hall and the adjacent former Supreme Court Building. Both buildings are now under massive renovation that is budgeted to cost over S$500 million. The original idea was that the current Singapore Art Museum would specialize in contemporary art, while the National Art Gallery would specialize in modern art.
Since that announcement was made in 2007, Singapore Art Museum has made significant acquisitions of Southeast Asian contemporary art, though the museum remains short on space to present it. Its gallery rooms are rather small and have relatively low ceilings making the spaces less than ideal for the presentation of large scale contemporary art work.
While the new National Art Gallery will also have some low ceilings in parts, where no doubt the modern collection will be shown, could it also take on a large role and showcase contemporary art?

As first published on sea.artinfo.com