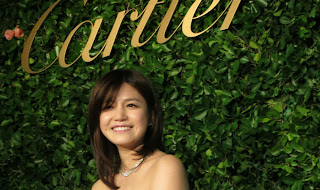 Taiwanese actress Michelle Chen, who has been in demand since starring in the romantic film You Are the Apple of My Eye in 2011, is planning to launch her first music album in May. Speaking at a press conference in Singapore organized by Cartier, Chen says she penned all the songs and started writing them in 2008, “it’s so like my own journal... you’ll probably get to know another side of me with my songs.”

The music is mix of acoustic and “a little rock, which you may not have expected from me,” she laughed, stressing the songs are very personal. 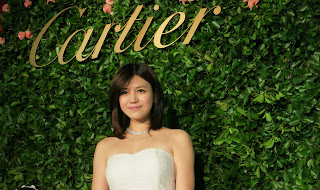 Chen said she enjoyed the experience of shooting in English for the first time. While she remained coy about definite film plans at the moment, the fresh-faced actress said she would love to play opposite Hong Kong movie star Andy Lau, whom she’s admired since she was “really young” and has met a couple of time. “He knows that already,” she laughed, “But if you can, please tell him again for me!” 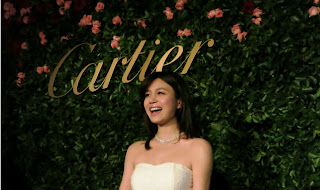