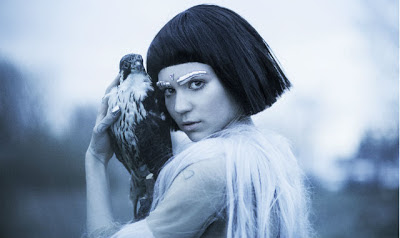 Since it was first launched in 2005, the Mosaic Music Festival has established itself as one of the best loved festivals in Singapore and one of the most highly recognized annual art event in the region.


This year, the festival will bring together some of the brightest young stars of the international music scene, such as Grammy-winning British R&B soul singer Joss Stone, EsperanzaSpalding, and Grimes, along with a few stalwarts of jazz and world music such as Salif Keitaand jazz trumpeter Wallace Roney.
Mosaic, which runs Mar 8-17, has changed its programming to increasingly showcase more Asian musicians and this year has a particularly strong line-up which includes the electricTokyo Ska Paradise Orchestra, mouse on the key, a Japanese band performing percussive post-rock-jazz fusion music, Filipino ethno-jazz fusion group Humanfolk, jazz pianist Chok Kerong who is one of the leading young lights in the Singapore jazz music scene, and young up-and-coming twee-pop girl band from Malaysia, The Impatient Sisters.
This increasing Asian presence reflects the evolution of the local music scene since the festival started, explains Clarence Yap, who heads the Mosaic programming team at the Esplanade Theatres by the Bay. “In terms of the kind of programs audiences here can watch now it’s a totally different musical landscape. So we’re trying to present artists that audiences would not normally get to watch, which is why I suppose jazz and world music are still important features in our program,” he says.
“We definitely keep our ears listening out for musicians from the region, but we would not put them there just for the sake of representation, it’s all about quality and talent,” Yap quickly adds.
Mosaic, as its name indicates, has always been about mixing genres, and this year the various indoor and outdoor stages of the Esplanade theater complex will be filled with a range of musical styles ranging from jazz, world music, and R&B to soul, indie rock, and very experimental.
Opening night on Mar 8 will see British songstress Joss Stone taking on the main concert hall, while several Singaporean musicians – Chok Kerong Trio featuring Tan Wei Xiang and Soh Wen Min; Benjamin Low Quartet, another home-grown collective– taking on the public spaces.
“It’s not a Singaporean night, but we did make a point of featuring some of the best Singaporean artists. The choice of musicians was more based on the type of music. For the opening night, we wanted good vibration music, feel-good music that gets the crowd going and happy,” explains Yap.
Some of the concerts, such as Josse Stones, mouse on the key, and Grimes, are already sold out. “Grimes is definitely one musician to watch. She has a very performance approach to music,” Yap says of the Canadian musician Claire Boucher, who goes by the stage name Grimes.
Chronicles 5, taking the outdoor stage on Mar 9, will be another very interesting blues-cum-punk experiment, bringing together for one night only some of the best local jazz musicians, with drummer Jimmy Lee, bass player and vocalist Kesavan "Casey" Subramaniam, guitarist Sebastian Ho, Nicholas Lim on keyboards and vocal powerhouse Lily AnnaNuris.
Other acts to look forward to include the extremely gifted young American guitarist Kaki King, who will also teach a masterclass, and Tennis, an indie-pop husband and wife duo with a very interesting sound.
“One of the great features of Mosaic is that some of the acts that people will watch without tickets are really top notch artists,” Yap says. Indeed, about 100 events will be non-ticketed during Mosaic Festival.
For full details visit mosaicmusicfestival.com.

As First Published on ARTINFO