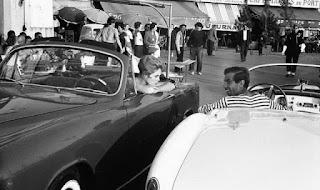 Sofitel Luxury Hotels will be presenting throughout its eight properties in Asia a photo exhibition, “BB Forever – Brigitte Bardot, la légende,” which retraces the life of the French sex symbol and movie star, made famous for her role in the controversial 1956 movie “And God Created Woman.”

Conceived in collaboration with journalist and writer Henry-Jean Servat, the exhibition was showcased last year at the Sofitel hotels in New York, Chicago, Washington, and Los Angeles.
Now, Sofitel Luxury Hotels will present this exhibition in Asia with stops in Bangkok, Beijing, Guangzhou, Chongqing, Macau, Manila, Mumbai and Saigon. Sofitel Bangkok Sukhumvit will be the first exhibition in this Asia leg starting from February 14, followed by an opening in China at Sofitel Wanda Beijing on March 14.
The exhibition features an exclusive collection of photos that trace her career, with never-before-seen snapshots of the actress known for her spontaneity and carefree spirit.
Often called a French Marilyn Monroe, “BB”, as she became known, made 48 films over a 21-year acting career before “retiring” in 1973 at the height of her movie career to devote herself to animal rights, notably in establishing the Brigitte Bardot Foundation.
To launch the tour, Sofitel Bangkok Sukhumvit will offer a themed dinner at L’Appart with dishes inspired by the South of France, where the actress now lives. Special cocktails with a hint of St. Tropez will be served at the bars while a traditional classic French pastry Tarte Tropezienne will also be presented. Meanwhile, Sofitel Wanda Beijing will be offering a special themed brunch at its newly renovated restaurant Héritage, as well as cocktails created for the occasion in all its outlets.
More information on the exhibition can be found at www.sofitel.com.