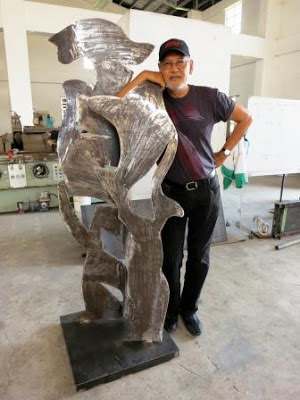 The memory of a slightly deranged homeless woman clad in plastic sheets billowing in the wind has inspired Filipino artist Benedicto Cabrera, better known as BenCab, for decades. He first started on his Sabel series (named after the woman) in the 1960s and has constantly revisited her image since then, over time abstracting those billowing sheets for example, showing them as elegant dresses. Yet, he had always done so on paper or canvas.


For his new exhibition, “Heavy Metal” at The Crucible Gallery in Manila, Bencab has for the first time created sculptures of his Sabel. “I had done bronze sculptures before but not with Sabel as subject. The previous sculptures were based on life models and done realistically,” the artist explained in an email, adding, “I had the opportunity to do sculptures using thick steel plates and I thought it would be good to interpret Sabel using this medium.” 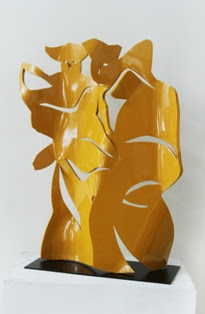 On show are 10 sculptures of various sizes, most, though not all, based on Sabel. “They are quite similar to previous works as they are recurrent images in my career,” the artist admits, adding, “I have always been fascinated by drapery, movement, and forms. I was attracted to the real-life Sabel because of the sculptural forms that she exhibited when she would wrap herself with plastic material to protect herself from the elements.” 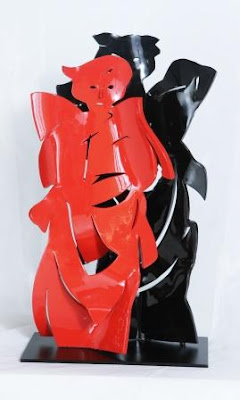 One of the sculptures, "Isadora," is the continuation of another of the artist’s series, one that originally evolved from Sabel, but was named after dancer Isadora Duncan. “They also have elements of drapery but this time with more movement,” BenCab explained.