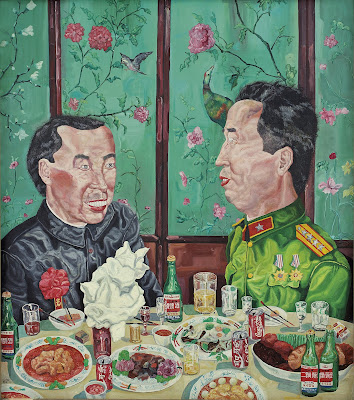 Liu Wei’s Revolutionary Family Series – Invitation to Dinner, which was features at the 1993 Venice Biennale, will lead Sotheby’s Hong Kong Contemporary Asian Art Autumn Sale 2012 on October 7, along with Zhang Xiaogang’s seminal work Tiananmen No. 1 (1993), one of only three works on the same subject matter that powerfully recreates, with its valiant, multilayered brushwork, the grave history behind Tiananmen Square. 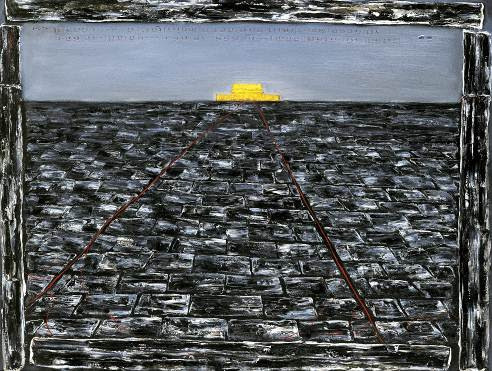 Liu Wei graduated from the Central Academy of Fine Arts in 1989 and is a pioneering artist of the post-1989 Avant-Garde movement.

Produced only over a three-year period from 1990 to 1992, the intensely autobiographic Revolutionary Family Series, which features the artist’s father in military uniform as a key recurring figure, is rarely seen in the market.

Here Liu’s father is seen to be sharing a meal with the leadership of the People’s Republic of China, with Western food served alongside Chinese dishes and bottles of Red Star Erguotou (Chinese rice wine) seen against cans of Coca Cola – a reference to the country’s economic takeoff and zeitgeist of the 1990s. In terms of technique, Liu steers away from the standard Socialist Realism of the era, replacing it with his unique and unrestrained artistic flair that renders his characters inexplicable. Such blithe indifference encapsulates what renowned curator Li Xianting called the spirit of “Cynical Realism”, from which Liu has deviated towards a more painterly style since the mid-1990s. 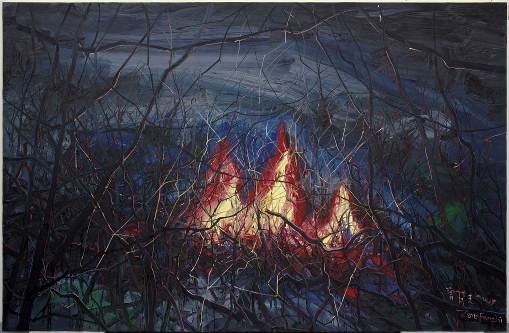 Created in 2007, Zeng Fanzhi's Fire is a rare work from the Landscape Series that features an intangible object as its main subject. Here, the viewer is drawn to a nightscape of wilderness, where a mysterious ball of fire burns behind the web of branches. The fire is bewildering, suggesting both a sign of destruction and a beacon of hope. The painting fully exemplifies Zeng’s experimental “wet-on-wet” technique, where the artist paints simultaneously with two brushes in one hand: as one brush creates, the other destroys. 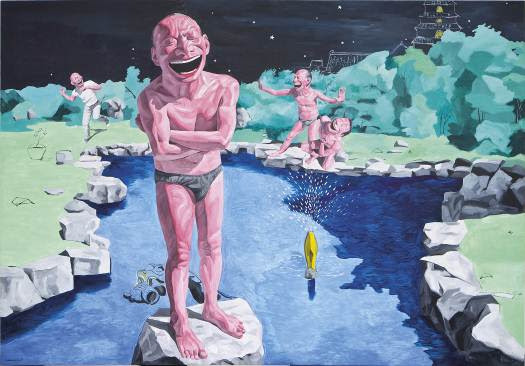 As a champion of “Cynical Realism”, Yue Minjun has always used his signature laughing figures to reflect the powerlessness and negative resistance of the Chinese people in the face of dire socio-political realities in the 1990s. Of impressive scale and detailed composition, Backyard Garden from 2007 depicts four classic scalded pink-skinned figures carousing by a Chinese-style pond. One of them, dressed in white, is seen running in the background; the other three are in black underwear, and as two of them assemble by the pond, the other one stands alone on a boulder, arms crossed with his toothy cackles. As Chinese tradition becomes threatened by the rapid economic growth, Yue’s laughing figure appears in the middle of a traditional Chinese-style pond, a cynical representation of the vulnerability of the Chinese zeitgeist in an era of change.