Singapore Dance Theatre back on top 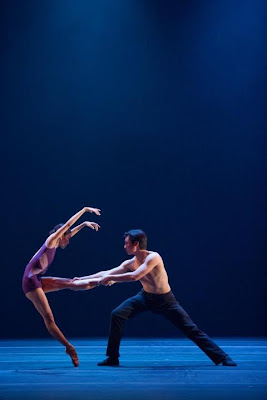 I had not attended any recent performances of the Singapore Dance Theatre, believing that the troupe had lost its way in recent years and pale in comparison with the visiting troupes that how regularly come to Singapore. But boy, was I wrong. The Singapore Dance Theatre is back in great form under the artistic direction of Janek Schergen and ballet master Mohamed Noor Sarman.

With many new dancers on board, there is now a much greater cohesion of the troupe, which has found harmony in execution, particularly for classical ballet (which was previously missing). Its recent annual triple bill Masterpiece In Motion brought together three world-class works of choreography that showcased many new talents to watch out for in the troupe.


Classical ballet had been the SDT’s weak point, however, the company’s premiere of Divertimento No 15 by George Balanchine was beautifully executed (except for a pairing that had awkward hand holding).

The second piece was the world premiere of Chant, a new work especially for SDT by Val Caniparoli. It feature sexy costumes by award winning designer Sandra Woodall and an intriguing music by composer Lou Harrison, titled Double Concerto for Violin and Cello with Javanese Gamelan (1981/82). Caniparoli is closely associated with San Francisco Ballet where he began his career as a dancer and was later appointed resident choreographer. His new contemporary piece had a dark and sexy edge, with the touch of gamelan music giving it a very Asian feel.
However, the piece de resistance was the 2008 Age of Innocence by American Taiwanese choreographer Edwaard Liang. The piece was inspired by the novels of Jane Austen and women of her era and tried to encapsulate the complicated male-female relationships. It was pure magic on stage with  the second of two 'pas de deux' beautifully executed by the two dancers fully committing to portray hopeless longing (reinforced by steering cellos)


Three pieces I would definitely pay to watch again! A shame the SDT’s only put those over two nights.. Something words of mouth take a little longer to work their magic. But after shunning its recent productions, I can’t wait for their next one.
Asian Performing Arts Singapore