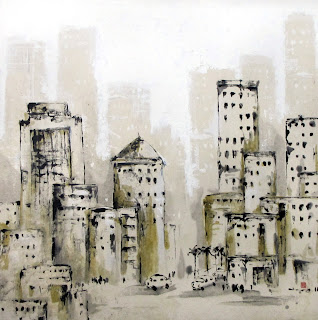 Two postings on the same gallery in two days.. I tried to be fair and spread the goodies, but when I saw the landscapes and quirky characters of Chinese ink painter Ling Yang Chang I couldn't resist..
This exhibition will open on July 26th. 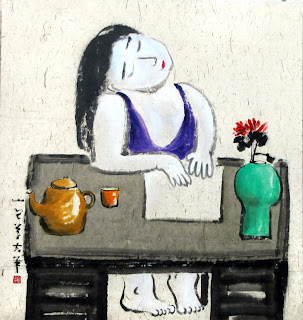 I'm usually not a big fan of Chinese ink landscape, but I like how the medium has been used here to paint a contemporary HDB landscape (yes others have done it before but I find the one above particularly appealing) 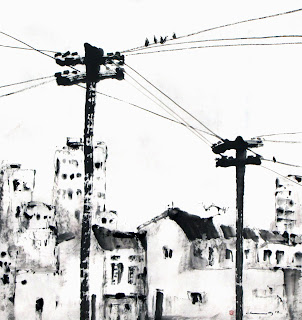 While Ling Yang Chang’s early Chinese ink paintings were artful studies in economy of size and subject, his current series explores less treaded grounds. In his expression of 20th century Southeast-Asian infrastructure, a picturesque skyline is done up by dark and aggressive brush strokes, and pacified by a delicate gradient of tones and shades to inject vigour and vitality into the aged buildings.

A graduate in Chinese Studies and Economics at the National University of Singapore, recognition came early when he was selected for the Shell Discovery Exhibition of 1992, and he has also obtained prizes in the Philippe Charriol Competition (1995/96),UOB Painting of the Year Award (1996), and First Prize (Chinese Ink Painting) in the Dr Tan Tsze Chor Art Award (2011).

A Walk in the City is his 6th solo exhibition. 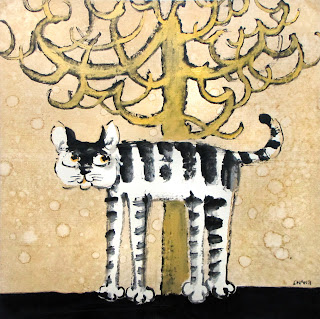