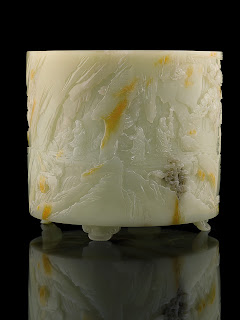 The newly discovered brushpot was notable for its large size and exquisitely carved with scenes from the "Land of Immortals."


Other highlights from today’s sale included: 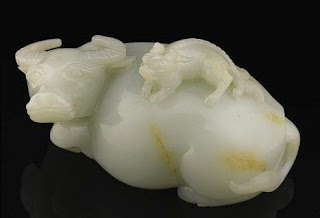 --A fine white jade "Buffalo" group, Qing Dynasty, 18th Century from the "Jersey Jades" collection owned by the Earl and Countess of Jersey. Carved from an opaque white stone and depicting a recumbent buffalo surmounted by a qilin, the work sold for $1.06 million. 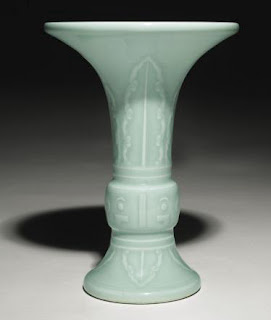 --  A fine and rare celadon-glazed beaker vase, Gu, Yongzheng seal mark and period sold for $940,620 . With a design and form based on archaic bronzes and created by the Imperial Workshops for the Yongzheng emperor, the rare vase more than doubled its pre-auction low estimate. 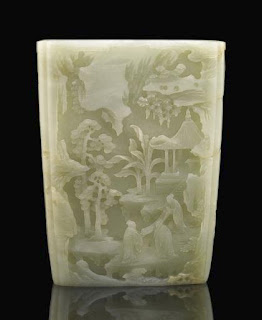 -A celadon jade "landscape" brushpot, Qing Dynasty, Qianlong period, also from the "Jersey Jades" collection owned by the Earl and Countess of Jersey, notable for its finely detailed carving and deep undercutting of an idyllic landscape, sold for $883,153, against a pre-sale estimate of £80,000-120,000. 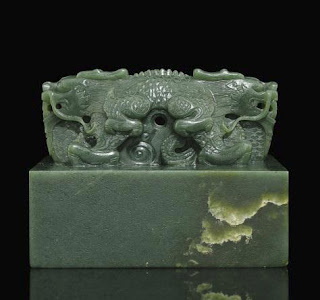 This imperial Khotan green jade dragon seal from the Qing Dynasty sold for just over $500,000