Spink to auction rare stamps in HK on Apr 22 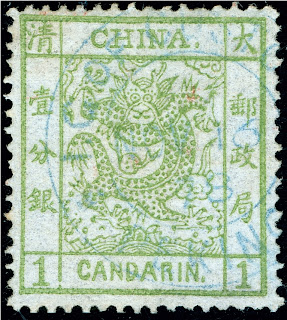 Spink will auction its next Collector’s Series in Hong Kong on April 22, offering over 1,000 lots of fine and rare stamps & covers, fine coins, bonds & share certificates with an estimated total value of HK$10-15 million.

In the Imperial China section, the highlight is a precious and rare 1878 Customs Large Dragon of 1 candarin. Canceled with a Customs Peking "NOV 16 78" circular date stamp, this is the earliest known dater on 1 candarin Large Dragon issue, and is highly sought-after by collectors (Estimate: HK$400,000 - 500,000). 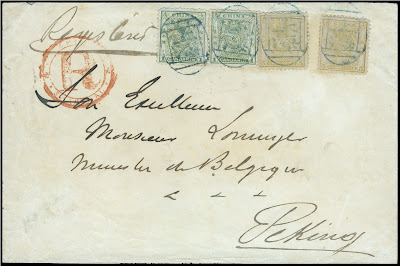 Leading the fine stamps and covers of Hong Kong and China section is a very rare 1894 registered cover from Shanghai to Peking, franked with a pair of 1 candarin and another pair of 5 candarins Small Dragon stamps. It features a large double ring "China Shanghai R" handstamp in red with two Chinese characters "Imperial Ching". This is an extremely scarce marking and only two examples of such marking are believed to exist. This prized offering is expected to draw tremendous interest from collectors of China postal history (Estimate: HK$ 500,000 - 600,000). 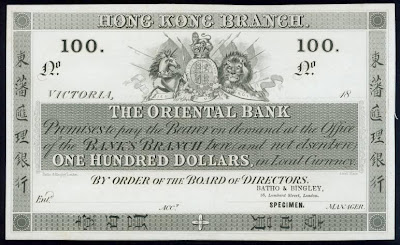 The star lot of banknotes section is the Oriental Bank uniface proof $100 of the obverse, Hong Kong Branch, Victoria, circa 1845-46, black and white printed on card paper, measuring 112 x 200 mm. The arms on top center flanked by a seated lion and a unicorn and the bank name in Chinese oriental style are placed on the left and right. Being the first issue and the first print of the first banknote issued in Hong Kong, this is a very rare banknote (Estimate: HK$150,000 - 200,000).