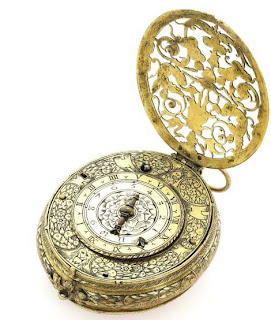 Sotheby’s Geneva autumn sale on Nov 13 will have some very interesting pocket watches including a whole section dedicated to watch made for the Chinese market. The oldest piece in the sale is a
French early oval gilt‐metal pre‐hairspring verge watch with alarm made by Estienne Papon in Gien
circa 1574 (photo) 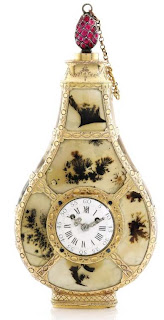 The subject of an ever‐increasing demand among worldwide collectors, enamel pocket watches and automata made for the Chinese, Ottoman, Indian and Hispanic markets feature strongly in the sale

Leading this group are luxury timepieces specially designed for the Chinese market in the late 18th and 19th centuries. The first commercial contacts of European watchmakers with China were established in the late 16th century. At first an object of curiosity, European luxury timepieces, mostly Swiss and English, became highly sought after among Chinese officials under the reign of Emperor Qianlong (1736-1796).

In the early 1800s, Swiss, English and French makers vied for the lucrative Chinese market (not unlike today), creating pieces of great innovation and originality.

Among them was Antoine Lépine (1720‐1814), a revolutionary Parisian watch and clockmaker who contributed to crucial inventions. An example of his great creations is a fine yellow gold and moss agate scent flacon with inset clock watch made circa 1770 for the Chinese market. 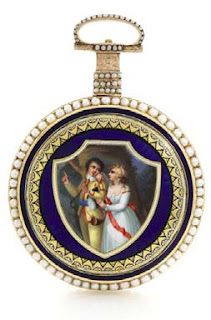 Another important watchmaker for the Chinese market was William Ilbery (1760‐1839), who organised the production of highly engraved movements in Switzerland, mainly in Fleurier, while the cases of his watches were decorated by the best Genevan enamellers. The present watch features
a polychrome enamel scene of Abelard and Heloise attributed to the Geneva‐based enameller Hess. 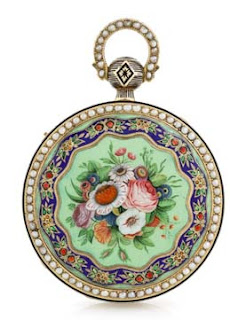