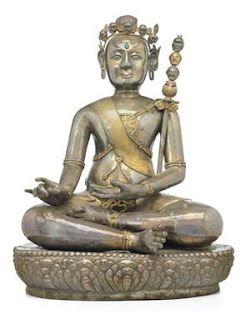 Bohnams will auction the Sartin Collection of Asian Art and Fine Japanese Works of Art in New York on Sep 13.


Peter Sartin was a major supporter of the Pacific Asia Museum and one who had an eye for the unusual and rare. Predominantly consisting of Tibetan, Nepalese and Indian art and artifacts, several objects in the sale were included in the Pacific Asia Museum’s landmark exhibition titled “Wooden Wonders: Tibetan Furniture in Secular and Religious Life” (2004-2005).

According to Bonhams, this is the most important collection of Tibetan furniture to appear at auction, and combined with the extremely important group of silver works, it presents a great opportunity for connoisseurs and new collectors alike.

Among this exhibited collection there are several highlights to this sale, including truni. Of particular note is a 15th-16th century luminous red painted trunk with two striking “stupas” on the front. In remarkably good condition, this trunk represents the highest standards of Tibetan furniture making. 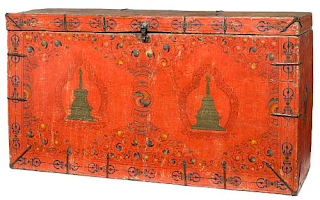 Greatly important and extremely rare are three 15th-16th century altar tables). These tables each consist of prolific carved aprons and cabriole legs. The detailing exudes the distinctive Tibetan style of power and grace.

In addition to furniture, is a highly important collection of Tibetan ritual silver objects, some of which are the finest known examples in private hands. One particular highlight, among several, is an 18th century parcel-gilt silver repoussé of figure of Padmasambhava. The Padmasambhava sculpture is a portrait of the historical figure who was responsible for establishing Vajrayana Buddhism in Tibet in the 8th century. He is depicted in the form of Nyima Oser, one of his eight manifestations (est. $60,000-80,000). 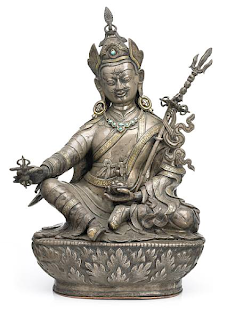 In terms of refinement, the silver ritual vase offered in this sale is an ideal representation of great attention to detail with its staggering complex display of skeletal figures, skull bowls and animals associated with the charnel grounds. Because of its rarity, it was most likely kept in a private chapel and only used for specials ceremonies. 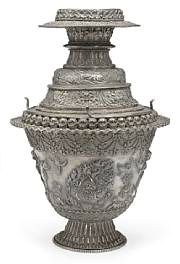