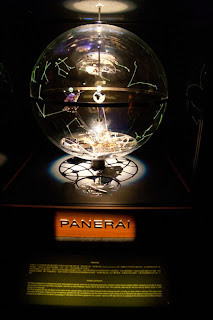 Luxury watchmaker Officine Panerai has opened “Time and Space: a Tribute to Galileo Galilei,” in Shanghai Sculpture Space, an exhibition that had first premiered in Florence last September 2010. The exhibition is divided into three stages: the brand's history, the company's international success after its acquisition by Richmont Group in 1997, and the tribute to Galileo Galilei.