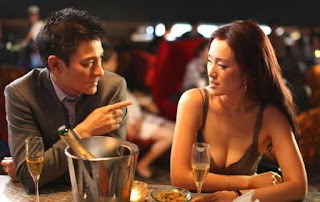 The first set of publicity photos from the set of What Women Want, with Andy Lau and Gong Li, have been released. For once, the Hong Kong heartrob seems to have been well matched with an actress looking his age. This Chinese remake of the 2000 Hollywood romantic comedy film is set for release next February.