Must Attend - Art HK fair at the end of May 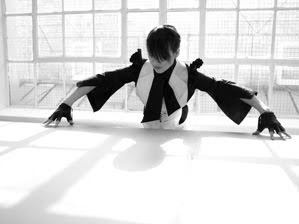 In the space of three years, ART HK has quickly established itself as an art event to be reckoned with in Asia.  Its timing, around the same date as Christie’s Spring auction, means there will be plenty of art lovers in town. This year the international art fair will run at the Hong Kong Convention and Exhibition Centre from 27-30 May and will feature more than ten solo shows of artists from all over the world, including a large contingent from Mainland China. Of note will be the solo show of Liu Ye at Sperone Westwater, whose Bright Road sold for US$2.45 million at Sotheby’s in April, setting a record for the artist while exceeding the pre-auction estimate three-fold. Damien Hirst will also present a solo exhibition at White Cube’s special installation space at the fair. A compelling selection of renowned Japanese artists will also be on show, including Yoshitomo Nara at Marianne Boesky Gallery, who leads the generation of Japanese “New Pop” artists that rose to prominence in the 1990s. Returning for a second year to the show, Nara will be showcasing works such as Rock ‘n Roll the Roll, composed of acrylic on wood, among other pieces that exemplify his work as a reflection of the memory of childhood through the use of images of seemingly innocent children and pets.
Asian Art Chinese art Japanese Art