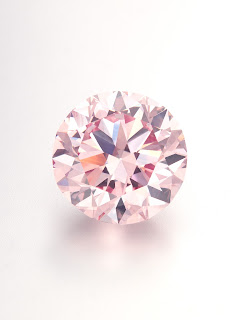 Christie’s spring sale of Hong Kong Magnificent Jewels raised $80.2 mln and was sold with 79% by lot and 82% by value (not as good a sellthrough than in some other categories).

Having appeared on the market for the first time in 36 years, The Martian Pink sold achieved a staggering $17.4 mln after a 10-minute bidding war.

This is the largest round Fancy Intense Pink diamond to ever appear at auction. The property of a prominent Private collector, this pink stone was purchased from Harry Winston in 1976, the very same year, the United States launched its first satellite on a mission to Mars. The Viking landers were the pioneering spacecrafts to first land on the Red Planet, carrying with them the American flag across millions of miles of interplanetary space. For Ronald Winston, the colour of the 12.04-carat pink diamond was so intense that he named it "Martian Pink"¦ to honour and celebrate this historic event.