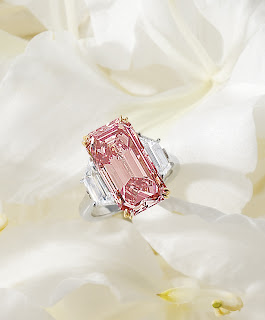 Sotheby’s Hong Kong will hold its fall jewelry sale on Oct 5, which will include an array of extremely rare jewellery associated with the exotic Mogul Kingdom of old, including diamonds from the ancient mine of Golconda, among them the Golconda Pink, a 9.27-Carat Golconda Fancy Vivid Pink Diamond and Diamond Ring (Est. $13 – 19 million).

Altogether the sale will offer 359 lots estimated to achieve a total of $85 million. 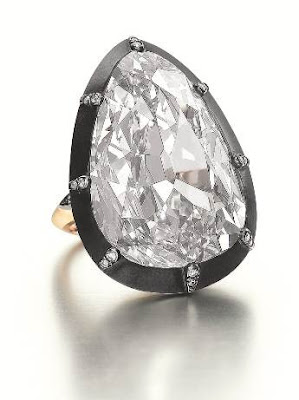 The ancient mine of Golconda is known for producing diamonds of Type IIa quality, which indicates the purest chemical composition virtually free of nitrogen. These diamonds constitute less than 2% of all gem diamonds and are of exceptional optical transparency and radiance, surpassing the highest colour grading of D for white diamonds. These rare gems are destined to draw diamond connoisseurs from around the world. 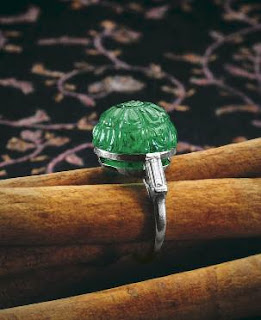 Diamonds aside, carved coloured gemstones evoking the lavish and exotic allure of the Mogul era were beautifully married with Cartier’s aesthetics in the 1920s, resulting in the famous Tutti Frutti jewels that have captured the imagination of connoisseurs worldwide and remained an icon of Art Deco jewellery. This historically important group is represented in this sale by a charming Art Deco 19-Carat Carved Colombian Emerald and Diamond Ring, Cartier, circa 1925, which is set to attract lovers of historic jewels. 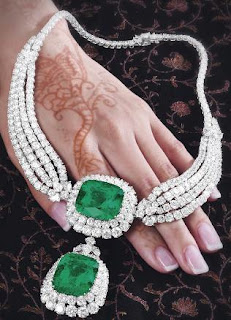 Emerald is strongly represented this season by a stunning Colombian Emerald and Diamond Necklace, Cartier, with Two Emeralds Weighing 44.42 and 42.50 Carats Respectively ($1 – 1.3 million). 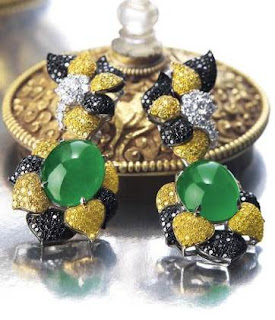 The auction will also have several pieces of fine jadeite which are sure to appeal to Chinese collectors. 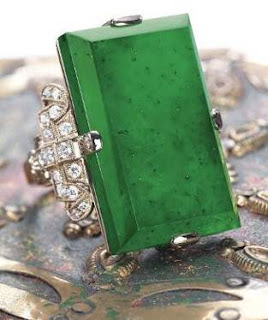