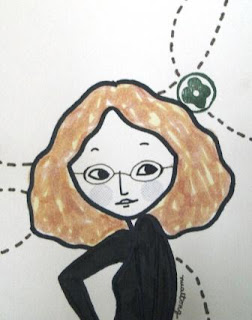 Sonia Kolesnikov-Jessops's LuxArtAsia provides regular updates for readers seeking an insider’s perspective on the Asian art scene and the luxury industry in Asia.

The blog is a mix of original content, as well as links to my stories published in various international publications.

Having worked full time for a financial newswire for 11 years, I made the switch to freelance writing shortly after I arrived in Asia in 2001 and wrote on a very regular basis for the International New York Times out of Singapore between 2006 and 2017.

Over the last 15 years, I have written about Asian art for a wide array of news outlets, including Newsweek (to which I contributed for eight years), ARTnews, Readers Digest Asia, the South China Morning Post and Prestige, amongst others.

In 2009, I appeared in several episodes of ChannelNews Asia series on Southeast Asian art, commenting on contemporary art developments in the region.


I started LuxArtAsia in March 2010 and it was selected as one of the finalists for the 2010 Most Insightful Blog category by omy.sg.

In 2012, I curated my first art exhibition, "Buy Bye," looking at how Asian artists perceive the mass-consumption of luxury goods in the region and its impact on society.

Between December 2012 and July 2016, I worked for BLOUINARTINFO.com as head of news for Asia and Europe and Editor in Chief of the Blouin Lifestyle Magazine.

Since 2017, I've returned to freelance writing and have contributed to CNN Style, Prestige, A magazine, COBOSocial.com and more. I'm also extremely active on Instagram with @Couturenotebook (+790,000 followers) dedicated to the world of couture and @LuxArtAsia (+90,000) that traces my day to day life as a luxury lifestyle reporter.

LuxArtAsia has a sister: CoutureNotebook which is dedicated to the world of Haute Couture and high jewelry. Check it out!