“Live your century and anticipate,” how Charlotte Perriand lived by her own words 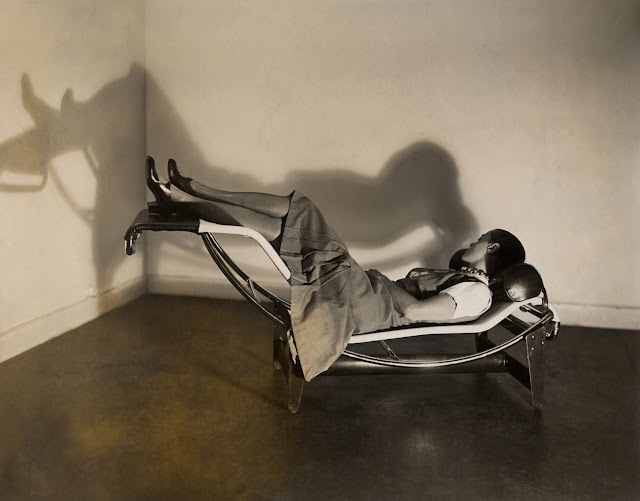 An avant-garde figure in the 1920s, famous for her collaborations with LeCorbusier, Charlotte Perriand created revolutionary designs throughout her career, many of which are considered icons of contemporary design and are certainly objects of desire, from a luxurious swivel armchair to her Boomerang desk. 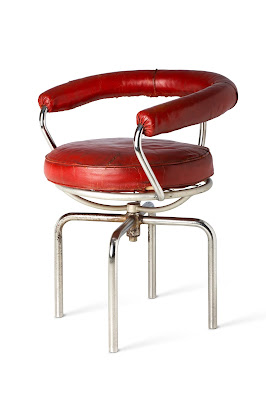 “She was an architect, an urban planner, a photographer, and first and foremost, designer. The word ‘design’ did not exist at the start of her career, because it wasn’t coined until after the Second World War. But of course, it’s what she did from seven to seventy,” says Jacques Barsac, co-curator of ‘Charlotte Perriand: Inventing a New World,’ a major retrospective now showing at Fondation Louis Vuitton in Paris until February 24, 2020.

The thread running throughout her creations was the firm belief that creating functional living spaces through clever design could help in creating a better society.

“Perriand can be seen as the very symbol of the resolutely and definitively contemporary woman — intrepid, free, audacious, independent, sporting, and also curious about everything, eager for everything, with body and mind constantly awake,” remarks Suzanne Pagé, Artistic director of the Fondation Louis Vuitton.

“Often working as part of a team, her ambition was not to impose power, but to give concrete form to the power of doing, a positive, pragmatic and always generous power dedicated to general well-being. Attentive to the world’s changes and immediately conscious of ecological issues, she remains decidedly (and) fully of the moment,” adds Pagé. 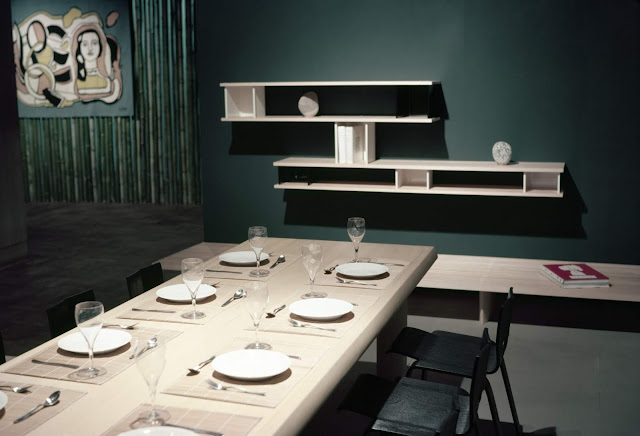 A Woman in a Man’s World
In 1927, a 24-year-old Perriand entered LeCorbusier’s architecture studio with a few projects in a folder under her arm. Recalling this, in a television interview, she says Le Corbusier told her, “You know we don’t embroider cushions here.” Undeterred, she informed him she was having an exhibition of her work and gave him an invitation, saying, “If you change your mind, here is the address.”

That 1927 exhibition recreated a corner of her loft apartment in Saint-Sulpice to showcase the ground-breaking furniture she had created to fit the small space. Inspired by the world of automobiles and mechanical modernity, her designs incorporated striking chrome tube furniture while also imagining a new ‘art de vivre’. 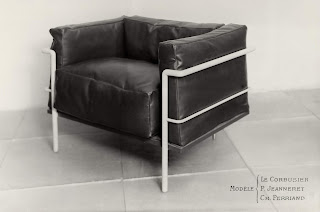 LeCorbusier was so impressed he asked her to join the studio which he headed in partnership with with his cousin, the architect Pierre Jeanneret. This would be the beginning of a 10 -year collaboration with Perriand overseeing LeCorbusier’s interior design atelier while also learning from LeCorbusier about architecture and urban planning. “I was born a second time in his studio,” she would later say.

The following year at the Salon des Décorateurs, Perriand presented a design for an extendable dining table covered with rubber (Table Extensible, 1928). A concealed mechanism in a kitchen trolley allowed for the rolled out of the table when required, permitting Perriand to entertain more friends in her small apartment. “Her apartment doubled as a showcase studio…Her home was a matrix for projects she would later develop,” explains Olivier Michelon, co-curator of the Fondation’s exhibition.

Many of her creations presage current conversations about the roles of women in society. In particular she designed the first open plan kitchen in the late 1920s, though her concept would only be embraced on a large scale much later in the 1950s, when she created the interior for Le Corbusier’s Unité d’habitation in Marseille. In so doing, she liberated women from their “little prison,” as she put it, at the same time ennobling the role of the cook, making cooking a spectacle for all to see while inviting conviviality.

“Everything she did stemmed naturally from an unspoken feminism that implied consciousness of the obligations that fell to women at the time. In this sense she anticipated and abided by the behavioural norms that we all recognize today,” says Pagé.
Just like Coco Chanel, Perriand belongs to a generation of women “who literally manifested the body’s revolution (through her design). A body that moves through space, athletic, in love and aesthetically-pleasing,” Barsac adds. 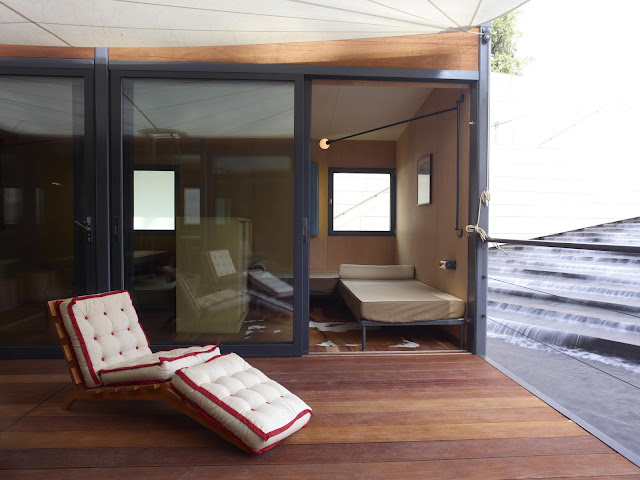 The Asian Connection
In 1940, Perriand was invited by the Japanese government to go to Japan as an advisor on industrial arts. She spent four months travelling throughout the country immediately falling in love with its culture and Zen minimalist philosophy.

Her short stay in Japan, and later Vietnam had a profound influence on her views on living spaces and the use traditional materials. The organisational principle around tatami mats for example inspired her approach to modular interiors, with Perriand embracing the concept of sliding doors to modulate spaces and she revised several of her furniture designs, such as her chaise longue, to incorporate bamboo.

“Totally in tune with our times is Perriand’s idea of a modular, non-hierarchical space for a society in which horizontality triumphs over the constraints of a verticality (that is) long suffered but now obsolete. Equally contemporary is that freedom she shows in innovatively articulating tradition and modernity, whether in Europe, Japan, or Brazil, reinventing the modalities of our bond to a world ade positive and pleasant to inhabit,” Pagé notes. 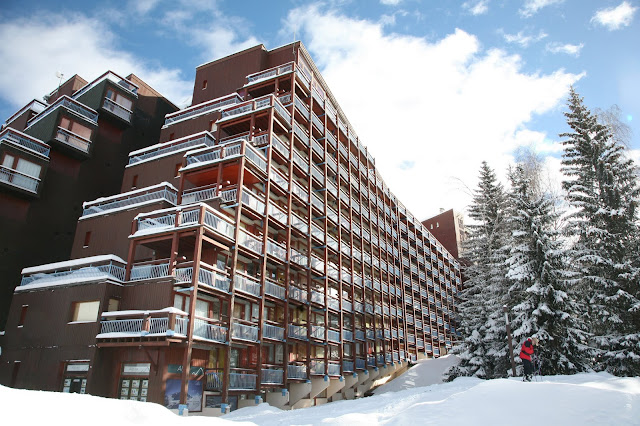 The environmentalist
Perriand also proved prescient in her consideration for the environment. After the economic crash of 1929, she moved away from the industrial world and its materials, and began to look at hand-crafted wood, creating more organic shapes.

Her 1934 designs for her pre-fabricated waterside house, Maison au bord de l’eau, boasts volumes that open out to engage with the surrounding nature, while her 1935 Maison du Jeune Homme (House for a Young Man), integrates art with design along with objects found in nature.

Perriand spent nearly 30 years working on the ski resort at Les Arcs in Savoie, creating a complete holiday village. Mindful of architecture’s impact on nature, she nestled the buildings within the hillside contours, arranging the apartments in a series of staggered, cascading terraces, making them almost invisible after snowfall.

“Her design masterfully unifies the different scales, from the furniture to the buildings and the overall site plan, enabling large numbers of people to discover the wonders of a nature she wished to both preserve and elevate,” remarks Bernard Arnault, President of the Fondation Louis Vuitton, adding, “Indeed, Charlotte Perriand’s approach to nature clearly evokes contemporary commitments to ecology and protecting the environment. Here too, she was well ahead of her time.”


First published in the December edition of A: The First of Magazine