Blink and you would have missed it, but as art lovers rushed toward the entrance of Art Basel’s Unlimited section, a small group of students and young artists were staging a brief silent performance. Slowly moving around each other gesturing at key words (heatwave, sea level, and drought) on their t-shirts, they aimed to raise climate awareness, engaging visitors positively.

Meanwhile inside the mammoth art fair, galleries had brought relatively few artworks with explicit environmental messaging, but there were some, such as a series of Olafur Eliasson’s pictures taken inside glacier holes, Doug Aitken’s aluminium lightbox spelling the word THINK with chromogenic transparency in acrylic a sunset over a bare landscape, and Jack Pierson’s ominous warning ‘There is still time’ written on a wall.

The artistic value of such efforts is being recognized (the Lithuanian Pavilion’s climate change-themed opera “Sun & Sea (Marina)” won the Golden Lion award at the Venice Biennale), but organisers need to do more. As it stands, promoting artworks that have an environmental commentary in large-scale art events such as Art Basel or the Venice Biennale may seem ironic after all, such events, by their very nature, fly in the face of sustainability. From the well-heeled visitors who travel from all over the world to attend, to the galleries shipping artworks extensively wrapped in plastic with crates that are often discarded after a single use, the art world has a high carbon footprint and that needs to be addressed.

Catherine Bottrill, head of the Creative Green Programme at Julie’s Bicycle, a non-profit consultancy and environmental-tracking group, says that from an art world perspective, the most damaging carbon footprint is that of the people: “not only the movement of people, either the professionals that are creating and enabling the work, but also the visitors coming to see the works. That is one of the tougher challenges to deal with; and there is no silver bullet to deal with this, unfortunately.”

Bottrill believes artists need to start thinking about the environmental impact of their work and its presentation to the public right at the beginning of conception: “It’s a difficult one, but there are lots of things you can do around your travel in terms of efficiency.”

Olafur Eliasson agreed to have the carbon footprint of his Ice Watch project tracked last December when he brought 30 ice chunks from Greenland to London’s streets where they were then allowed to melt in order to raise awareness about climate change. The report assessed the project’s overall carbon footprint totalled 55 tonnes of CO2 emissions, and while the bulk of the emissions (82%) came from the transportation of the ice, an estimated 16% were generated by the travel undertaken by the team from Studio Olafur Eliasson to London.

The report also made recommendations pointing out that calculating the estimated carbon footprint from the outset of the project could have helped make decisions that would have further mitigated the environmental impact. For example, while there were limited opportunities for reducing the carbon footprint involved in the freighting of Ice Watch, the report noted, using highly efficient refrigeration and trucking, and reducing the length of time the ice was stored between collection and exhibition would have reduced the energy demand for refrigeration. Significant carbon savings could also have been made by using train travel within Europe and selecting hotel accommodation with strong sustainability credentials. 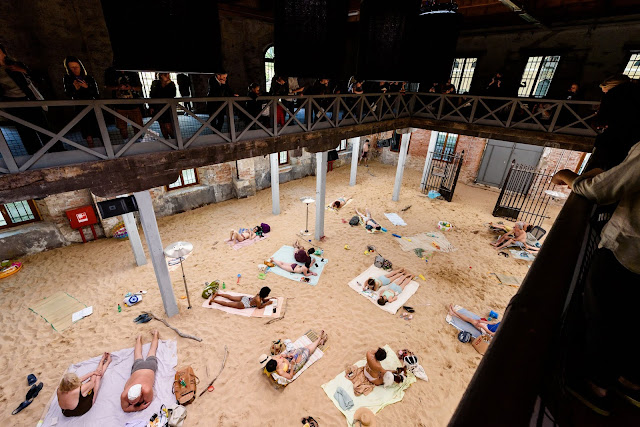 The report stated carbon savings could also have been obtained through the use of LED technologies to light the installation, ensuring optimisation of lighting technology and design, while the Studio’s carbon saving endeavours could also have extended to requesting information from suppliers and partners (shipping and trucking companies, the Tate museum etc.) on their environmental policy and initiatives.

Still, the report also noted that the project’s carbon footprint was the equivalent of 52 return flights from London to witness the icebergs melting: “This is opposed to the thousands of visitors that experienced Ice Watch and the hundreds of thousands who connected with the issue of climate change through the digital platforms.”

With trees playing a crucial role in regulating carbon dioxide (CO2) levels in the atmosphere, Studio Olafur Eliasson made a donation to the Woodland Trust, the UK's largest woodland conservation charity to help mitigate the carbon impact of Ice Watch London.

Eliasson’s commitment to ‘greening his exhibitions’ continues with his major retrospective at the Tate Modern, running until January 5, 2020. Most of the 40 works were selected from European collections to minimise transportation and a conscious effort was made to avoid airfreight in order to reduce the exhibition’s carbon footprint, said the exhibition’s co-curator Mark Godfrey. Eliasson’s studio also worked with the Tate Modern to create a lunch menu that is vegetarian, organic and locally sourced.

Right after the opening of Eliasson’s exhibition at Tate Modern, the Tate’s Directors pledged to respond to the climate emergency with actions across all four Tate galleries and their stores. A statement released by the museum noted, “Tate is committed to reducing its carbon footprint by at least 10% cent by 2023 and is switching to a green electricity tariff across all four galleries. We have helped shape international green museum principles for the care of collections and are sustainably sourcing food in our restaurants and bars, offering greater emphasis on vegetarian and vegan choices. We are auditing our travel and are adopting a train-first policy.”

While promising to look for ways to become more adaptive and responsible, the statement acknowledged, “There are, nevertheless, some hard truths to face about how we operate; about the sustainability of public institutions, like our museums, and about the future of culture. Large public buildings, attracting millions of visitors from the UK and overseas, require energy. We see caring for and sharing a national art collection as a public good, but it also consumes resource. We are rooted in the UK but international in outlook: making art accessible globally depends on the movement of works of art across the world.” 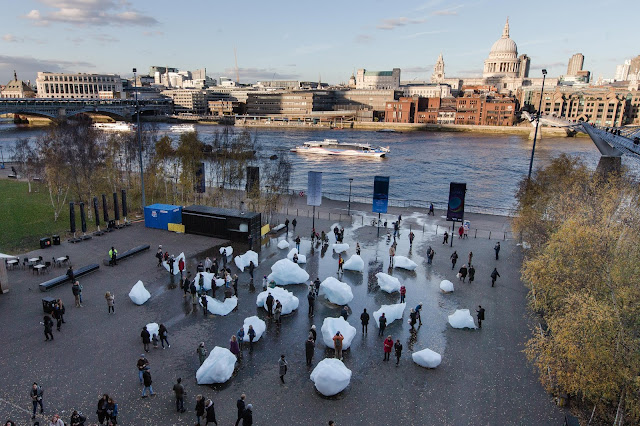 Elsewhere in the art sector, art fair and art event organizers can also make more effort to reduce their carbon footprint. Bottrill notes, “The key is probably working with the concessions, suppliers and contractors; in particular if it’s a venue being regularly used, like at Art Basel where you have an opportunity, because you’re an important client, to the city, to the facility, to develop partnership agreements with them. We always say, in the first year, tell them you are keen on an environmental policy and working on it, in the second year put it in the contract that you would expect them to do this, and the third year, if they are still not playing ball, you should look for an alternative. Now with the green economy, lots of alternatives are coming to play.”

One important area to focus on is packaging. Currently artwork crates are constructed of wood while museum-quality crates contain a second inner pack nestled inside a deep foam lining, into which the artworks are fitted, wrapped in sheet polyethylene. All crates are made-to-order and reconfiguring them for diﬀerent artworks is time-consuming, plus with the wood often varnished to protect against moisture, it cannot be recycled and ends up in landfill. 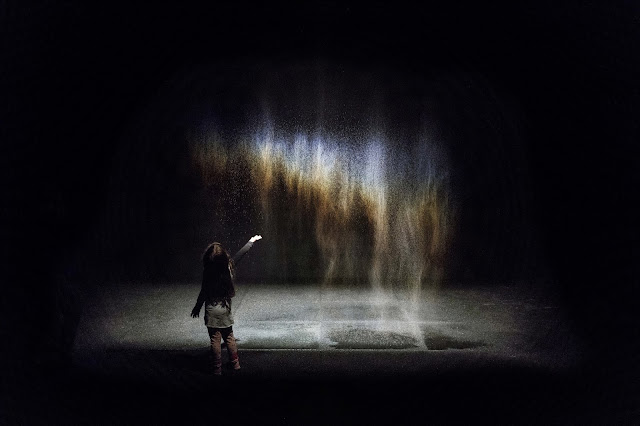 But alternatives are available. Rokbox is pioneering a new reusable shipping crate system that won the most recent Red Dot: Best of the Best in Product design, one of the world’s largest design competitions. The case is made of waterproof, inert materials, and is 40% lighter than a similar size museum crate, with no compromise to the safety of the art works, and the company notes they do not require any additional packaging inside.

Andrew Stramentov, CEO and co-founder of Rokbox, argues the new packaging system not only protects the artworks better, but also helps combat the huge waste with art packaging in the art handling industry.

He points out art collectors have an important role to play in the ecosystem to ‘green the art world’ by starting to ask questions to their galleries and shipping companies; because unless they do so, he notes, “there is very little imperative for the system to change.”

This story was first published in A: The First Of October edition