Recently, Winderen travelled to Le Brassus, in the Valley du Joux, Switzerland, the home of watchmaker Audemars Piguet, which had commissioned her to work on its annual Origin project, where artists create works that offer their interpretations of the company’s cultural and geographical origins.

She spent several days around the Lac de Joux, recording fish, insects, the wind passing through the branches of the 300-year-old evergreen forest, but recalls finding it almost impossible
even in this relatively isolated setting to make recording of the local environment without a constant flow of human created sounds: “It may look beautiful in the photograph, but when you put on the headphones and listen without filtering out the noise in your brain that you’ve learned to filter out automatically, the sounds of constant airplanes from Geneva, commuter traffic even early in the morning, trains; I would only find a small window of 30 minutes early in the morning, without human noises.”

Following two short-residencies in Le Brassus, Winderen create a symphonic collage of interwoven sound layers of the environment including human activities, which was presented as a sound installation in the watchmaker’s lounge at Art Basel in Basel 2019, while outside the fair, the artist also held two live performances at the House of Electronic Arts Basel, using that rich tapestry of sounds. 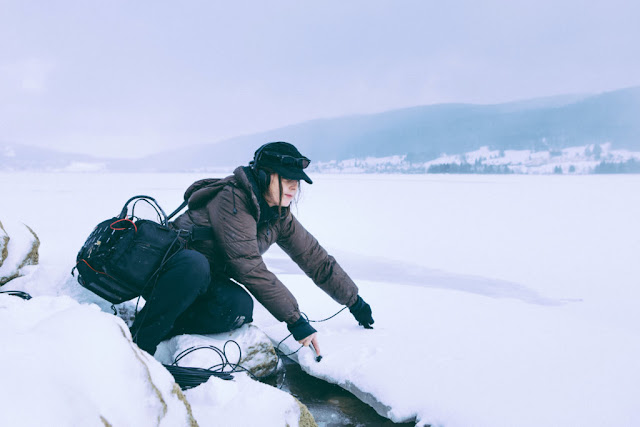 Olivia Giuntini, Audemars Piguet’s Chief Branding Officer, notes the project was typical of Audemars Piguet’s commitment to work with artists “who have an uncompromising vision of nature,” something that she points out is also encoded in the brand. “We know what we owe to nature, and all of the artists that we are commissioning also have that respect for nature,” she says, adding, “In watchmaking there is always this link between the visible and invisible. It’s a theme you also find in the works of some of the sound artists we’ve chosen, like Jana.”

“Supporting the arts is another way to tell of our roots, and to pay tribute to Le Brassus and where we come from. But it’s also a way of inspiring AP. We see our patronage as a win-win relationship; it makes us think, it inspires us, and it can even have an impact on how we work,” Giuntini says, adding the company chooses artists who are “forward thinking and who are pushing the boundaries of what is feasible.”

Audemars Piguet entered the contemporary art world with a bang in 2013 - the year it became an Associate Partner of Art Basel  - by supporting the installation of ‘Curiosity’ by Kolkoz (the moniker for the conceptual duo Samuel Boutruche and Benjamin Morea), a full-size inflatable snow-covered chalet, complete with faux fireplace inside, on the Biscayne Bay of Miami. Facing the waterside modernist-looking Marine Stadium, the incongruous installation offered a surreal moment under the sun, while reminding them of the Swiss Jura origin of the watchmaker

Since then, Audemars Piguet has been steadily deepening its involvement with contemporary art. On top of commissioning its so-called “Origin Projects” to showcase in its collector lounge at the three Art Basel fairs around the world, the watchmaker also launched in 2014 the Audemars Piguet Art Commission, giving an artist and curator carte blanche each year to realize an artwork that embodies themes of complexity and precision to align with the DNA of the brand. The first commission, unveiled at Art Basel 2015, was an ambitious installation by Swiss artist and composer Robin Meier. Titled Synchronicity, the work investigated the spontaneous emergence of cycles in nature, with live fireflies and crickets featuring alongside computers and electromagnetic pendulums. And last year, the watchmaker commissioned Semiconductor (Ruth Jarman and Joe Gerhardt) to create HALO, a work exploring sounds produced by data from particle-collision experiments taking place at the CERN. 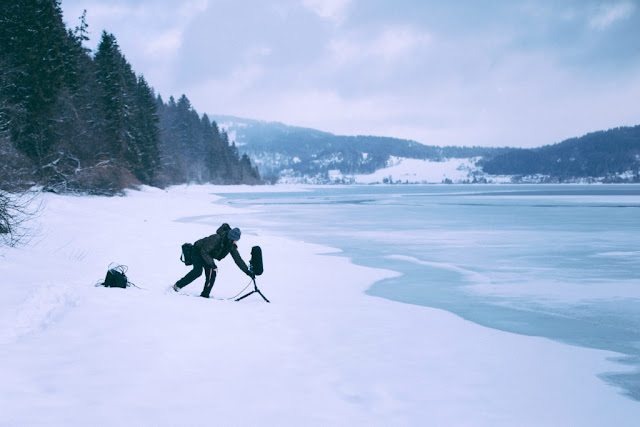 “Art opens our eyes to something that is not related to our core metier, which is watch crafting; it opens us to the world around it, nature, technology, it can help us move forward,” she says, adding that the brand also finds inspiration in the artworks. For example, Meier’s Synchronicity prompted the watchmaker to rethink about how to better work together and led to an internal project, also called synchronicity, “which is a new way of working within the company.”

Separately to these annual commissions, Audemars Piguet also continues to support special art projects, the latest being a  new work by Japanese electronic composer and visual artist Ryoji Ikeda, who focuses on the essential characteristics of sound and light by means of mathematical precision and aesthetics.

Ikeda presented the first part of his new Data-verse (2019), a sonic and visual experience, at the Venice Biennale’s May You Live in Interesting Times exhibition. The Paris-based artist transformed a massive set of scientific data, collected from open sources such as CERN, NASA and the Human Genome Project, into a composition of computer-generated images and an electronic soundtrack.

Ikeda and Audemars Piguet’s collaboration will continue in Tokyo in October, with the unveiling of the second part of the Data-verse trilogy, with the final part concluding in 2020.

For the brand, the artistry in Ikeda’s work aligns with its own creativity and drive for innovation with Olivier Audemars, Vice-Chairman of the Board of Directors, pointing out, “Ikeda’s work allows us to see the world differently and understand the many layers that make up our universe, particularly the intersections between the arts and sciences.”

Giuntini adds, “Complexity and precision is core to the haute horlogerie. So it’s another way to tell the story of craftsmanship behind the watches.”

“Beyond the watches, what is driving us is the way we believe in talent, and how they are going to move the world. That’s at the core of who we are, and that also has an impact on the artist we choose,” Guintini explains, “Especially for the AP Art commission, we choose curators who put forward artists that we believe will change something for the world, either has an ecological impact, or a research impact, whatever can bring something new.”

“The notion of talent and what they can bring to the world is at the core of what we are doing now,” she says, adding that going forward the brand wants to raise the level of knowledge of its staff about art so that they can communicate better about the artworks on display in the brand’s “touch points” with clients, be it at the collector booth, in its AP Houses (a non-transactional space were the brand invites its clients in another way to present the brand) or the upcoming museum that it will open in Le Brassus in April 2020.

This Story first appear in A: A First Of magazine (September edition)