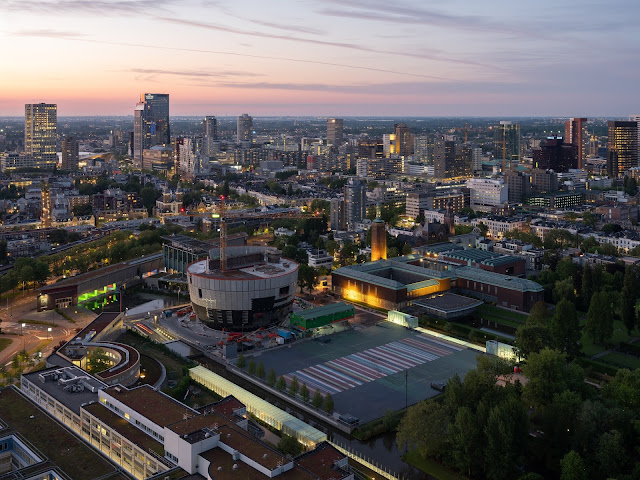 Space constraints may not come to mind when walking through Le Louvre in Paris, the Metropolitan Museum in New York or the National Gallery in Singapore, yet most museums around the world share a common problem: their collections are far too big to be fully displayed within their walls. As a result the majority of most museum’s artworks languish far from the public eyes, often only accessible to art professional, historians and researchers.

The Louvre in Paris displays about 9% of the 380,000 works of arts in its collection, while the V&A Collection in London shows about 24% of its “display” collection thanks to two locations (the V&A Galleries and the Museum of Childhood). In Singapore, the National Gallery shows about 10% of its collection of over 8,000 works in its long term exhibitions presented in the DBS Singapore Gallery and UOB Southeast Asia Gallery while some additional artworks may also be displayed in special or travelling exhibitions.

While some museums keep their ‘spare’ artworks onsite, many have temperature-controlled warehouses in a secure, sometimes secret, location. These storage spaces are often inaccessible to the general public, though some museums are trying to offer some kind of viewing opportunity — The Met has some storage facilities incorporated into its American, Egyptian, and Greek and Roman wings that can be viewed by the general public during visitors hours. The Henry R. Luce Center for the Study of American Art, for example, presents objects arranged by material (oil painting, woodwork, ceramics, etc), then further organized by form and chronology, all with minimal labelling. In Singapore, the public can sign up for guided tours at the Heritage Conservation Centre in Jurong, which manages and preserves Singapore’s National Collection.

A new project in Rotterdam is aiming to go one step further, by becoming the first museum storage facility to offer not only public access to the entire collection of a museum — Museum Boijmans Van Beuningen —but also give non-guided access to its restoration and conservation work.

While visitors will be able to see many of the works displayed in large glass vitrines across 5 of the 7 floors, access the various climate controlled storage facilities will require a guide and visits will be timed: “you will be able to have a group of 13 people for exactly 11 minutes in each depot room, before the humidity and temperature is disturbed too much. Then the room will have to rest for an hour, before the next group can get in there,” explains Arjen Ketting, an architect at MVRDV, which conceived the new depot.

Ex, who commissioned the building which is due to open in the second half of 2021, says the decision was taken to create a new storage facility after the museum’s current facility “became completely obsolete,” a result of the growth of the collection, but also rising concerns about the impact of climate change on that underground facility, as some parts of it are 3 metres below sea level. “The collection needed care and urgent protection,” Ex says.

Ex notes the museum could have built a Fort Knox-like complex on the outskirts of the city, “with a gate, guards and mean dogs” that would have been very private and available for access only to museum staff, but instead opted to create a jewel box for its collection in the middle of the city, opening its doors to all. He adds, “Our depot will be 99% available to everyone, no appointment necessary, which I think is very new. Of course, many museums already have open storage and depots, but I think not to the extent we are opening up.”

Designed by MVRDV, the 39.5-metre-high building with a total floor area of 15,541 sq. m. will also have a commercial role, with storage areas available for rent to private collectors.

“Our initiative is being very closely followed by other museums all over the world who think this type of offering (he use the word typography) is the way forward,” Ex says, noting that a Korean institution has been in touch to understand the new art depot model better and adding, “We’ve also met four times with the V&A here, because they are building a new art depot in the East (of London) and they are about two years behind us, and would like to learn from our experience.”

V&A East, on a former 2012 Olympics site in Stratford, will incorporate a waterfront museum, with one large gallery co-curated with the Smithsonian Institution, as well as a collection and research storage centre that will house 250,000 objects. The large new storage unit is one of three being planned by major British art institutions in anticipation of the closure in 2023 of Blythe House in West London, where the collections of the V&A, the Science Museum Group, and the British Museum are currently held. The Science Museum has started construction of a new facility in Wiltshire that will house more than 300,000 objects; while the British Museum has partnered with the University of Reading to develop the British Museum Archaeological Research Collection, a new £27 million storage and research facility in Berkshire to house much of its collection of around two million artefacts.

Other museums are also exploring new dynamics for their storage and conservation facilities. In France, a new conservation and storage facility for Le Louvre’s collection is scheduled for completion this summer in Liévin (northern France). It will consolidate in one place the 250,000 works currently being stored across 60 locations, though the new research and study facility will only be open to professionals (museum specialists, restorers, academics etc.).

In Beijing, a third underground storage facility is being built below the Palace Museum, and is slated to be completed by 2020. This new space will be connected to the other two facilities, as well as to the Museum’s conservation space, completed in 2016, but this will also remain private, for staff and officials. 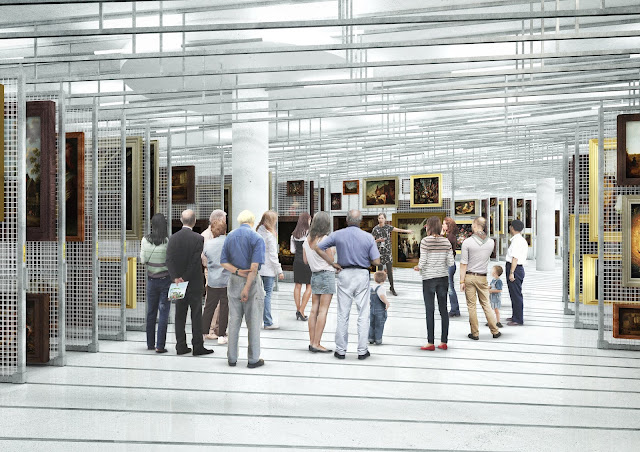 Ex is confident his art depot will offer a very different experience to art lovers: “Museum Depots are intimate spaces, where art is slumbering and treasures hidden. We are developing a new typology that allows audience to intermingle with this precious world behind the scenes."