Is there still anything new to learn about Leonardo da Vinci? 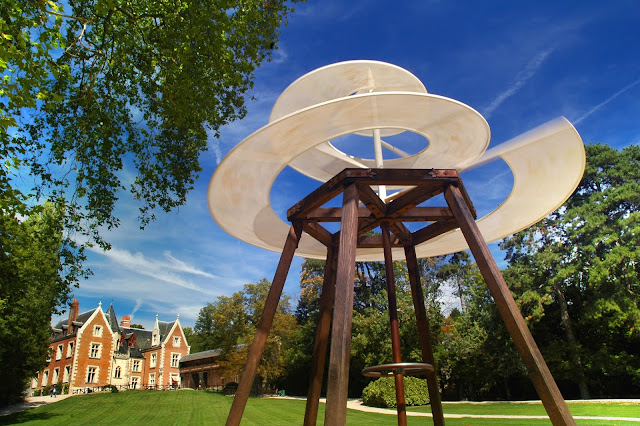 Five hundred years after his death, the world still marvels at the genius of Leonardo da Vinci, the Renaissance master who painted the Mona Lisa, but also left behind around 7,200 pages that documented his life’s work, often in scribbles and sketches.

From detailing how the aortic valve in the heart works to creating an underwater diving apparatus, a glider, and the precursor to the helicopter, Leonardo left a wealth of scientific studies and mechanical inventions that are still studied today. 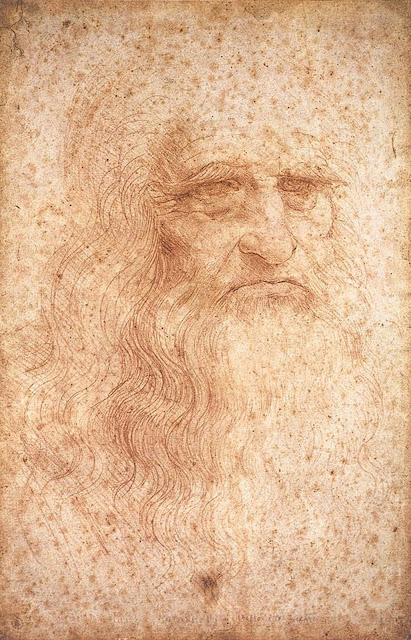 “Even after 500 years, Leonardo remains the greatest artist-scientist — he was not just a great artist who dabbled in the sciences; had he not painted a single work, his scientific researches would still mark him out as one of the great figures of the Renaissance. To combine both achievements in a single individual is quite remarkable,” says Martin Clayton, Head of Prints and Drawings at the Royal Collection Trust and curator of the Leonardo da Vinci: A Life in Drawing, an exhibition of 200 drawings at The Queen's Gallery, Buckingham Palace (until October 13, 2019), a selection of these will then be on show at the Palace of Holyroodhouse, Edinburgh from November 22, 2019 to March 15, 2020.

Among the works on display for the first time will be two blank sheets that, under ultraviolet light, reveal a beautiful series of previously unknown studies of hands and horses’ heads, circa 1481.

“We can always learn more about the way in which Leonardo put his drawings and paintings together — not big new discoveries, but a steady process of increased understanding. What I think we see more and more is that Leonardo was an intensely practical artist, who adapted his limited range of materials with great ingenuity to obtain the effects he desired,” says Clayton adding that he believes drawing is the key to understanding Leonardo as it was his primary activity, around which all his other work revolves.

Vincent Delieuvin is a curator at the Department of Paintings, The Louvre, responsible for 16th-century Italian paintings and one of the curators of a Leonardo da Vinci exhibition at the museum (starting October 24). Pointing out that Leonardo set up a new working method, based on scientific investigation and experimentation, Delieuvin says, “He wanted his paintings to be more than just the mirror of the external forms of nature: he was looking for the life inside it, in order to paint it. Nobody had done that before, nor after him. The sfumato (technique) gives to his paintings this vibrancy of life, which is so special and fascinated us.” 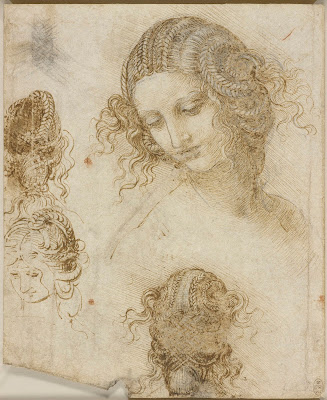 To mark the quincentennial of his death, other museums around Europe are also hosting exhibitions dedicated to his life and work as well as some of his influences.

In Florence, where Leonardo trained as an apprentice to the artist Andrea del Verrochio, the Palazzo Strozzi is celebrating the teacher with a major retrospective that will also include works from da Vinci and other pupils, such as Sandro Botticelli and Pietro Perugino (running until July 14).

In Milan, where Leonardo lived from 1482 to 1499 — and where The Last Supper fresco can be seen in the Church of Santa Maria delle Grazie — the Castello Sforzesco is reopening the newly restored Sala delle Asse, where Leonardo decorated the walls and ceiling with intertwining plants with fruits. Meanwhile in Venice, the Gallerie dell’Accademia is exhibiting the rarely displayed “Vitruvian Man,” along with 25 drawings.

The artist spent the last three years of his life in France, having been invited by the young king Francois I, and the Château du Clos Lucé, Amboise — his last home which is now turned into an impressive museum dedicated to his life — is exhibiting a monumental and newly restored tapestry of The Last Supper, which was made for François I and is on loan from the Vatican Museums (June 6‑September 8). Meanwhile the Domaine de Chantilly in the North of Paris is unveiling a new exhibition in June around the Monna Vanna — dubbed the “Nude Mona Lisa” — a charcoal drawing which had long been believed to be by Leonardo’s studio but is now, after extensive testing and research by the Louvre, believed to be from his own hand as part of preparations for painting the Mona Lisa.

Delieuvin says constant technological progress, such as scientific imaging, are helping to get a better understanding of how Leonardo worked: “Both the genesis of his ideas of compositions and the way he painted are clearer nowadays. We can really see things we couldn’t see before. Conservation treatments have brought a lot of important information about his pictorial technique. The execution of a painting was very special for Leonardo, because he had a very high idea of what a painting was. We can see that in the way he painted.” 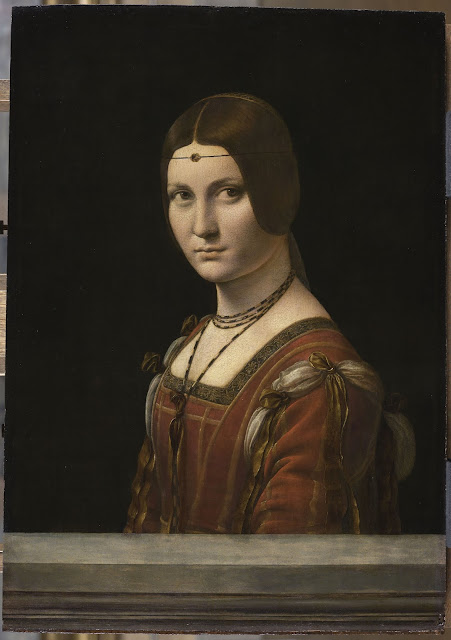 From October 24, The Louvre will mount an unprecedented retrospective of Leonardo’s painting career, with the museum hoping to bring in to one place many of the fifteen paintings now attributed to the master of which the French museum already holds five.

“The exhibition is to illustrate how he placed utmost importance on painting, and how his investigation of the world, which he referred to as ‘the science of painting,’ was the instrument of his art, seeking nothing less than to bring life to his paintings. Painting is the synthesis of all his life and work,” Delieuvin says.

The Louvre’s international retrospective will also present the latest research findings, critical editions of key documents and the results of the latest analyses carried out in laboratories or during recent conservation treatments.

“The most important thing is to remind (people) that Leonardo da Vinci was not a ‘scattered’ man: it is often said that his attention always wandered, and it is true that he was interested in almost every field of knowledge but his work is very coherent and that’s because painting gives unity to all his interests and researches,” Delieuvin explains, adding “every research he made had one goal: to be the best painter.”