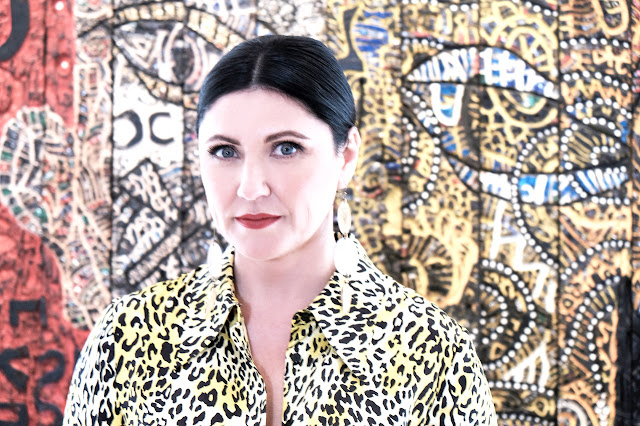 A chance encounter at Documenta with an African art specialist, one month before she opened her gallery, set Kristin Hjellegjerde on a journey of discovery that she hadn’t planned. 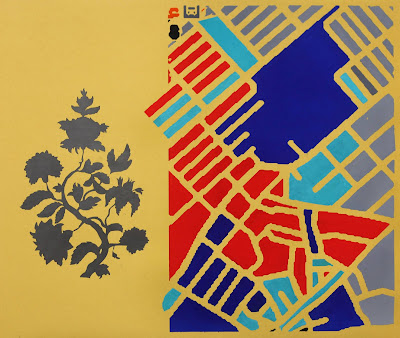 Today, the force behind Kristin Hjellegjerde Gallery — established in London in 2012 with a second gallery in Berlin in 2018 — not only represents a significant number of artists from Africa and the Middle East (about a third of the 25 artists she represents are from the region), but she has also just curated her first museum exhibition on contemporary African art.

Kubatana, now running at Vestfossen Kunstlaboratorium in Norway until September 21, is a sweeping snapshot of contemporary art throughout the African continent with 33 artists from 18 countries. Coincidentally, several of these artists have also been selected to represent their countries at the prestigious Venice Biennale this year: these include Mozambican sculptor Gonçalo Mabunda, Ibrahim Mahama, who is part of the first Ghana Pavilion, and Joël Andrianomearisoa, who is part of the first Madagascar Pavilion.

“African art is definitely of the moment. Artists have so much to say. Because artists have to be quite resourceful with their use of material, given the cost or the lack of canvas in the region, they create very interesting mixed media found objects, recycled goods. The result can be quite soulful and descriptive of where they are coming from and where Africa is at,” Hjellegjerde remarks, pointing out that contemporary art in the region challenges accepted forms of visual representation and stereotypical depictions of African culture. 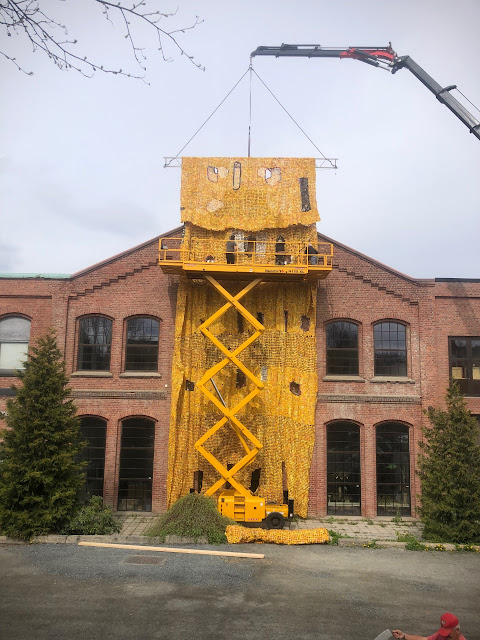 This celebration of material is found across the region, from the use of nigari pods and ekpiri seeds by Nigerian artist Niyi Olagunju to the use of weapons by Mabunda and wooden wall mosaics of Nigerian Gerald Chukwuma. Partially covering the façade of the museum, and therefore setting the tone for the exhibition, the work of Ghanaian artist Serge Attukwei Clottey is made out of recycled water containers, which with the help of his entire village in Accra he cut into thousands of small squares and meshed together.

“With this exhibition, I wanted to show the incredible positive effect art has been having on Africa lately, with successful artists being able to support their families and communities, inspiring others too. Even if artists in the region are incredibly different from each other with totally different cultures, I feel there is still a real sense of togetherness,” she says, adding “I’m hoping the exhibition will change people’s aesthetic expectations of Africa and its reality.”

Hjellegjerde likes thought-provoking artwork that tells a story and she has found plenty in Africa and the Middle East as the regions deal with new political and economic realities in the 21st century.

“When I pick artists, I follow my instincts first, then I look for strong identity and narrative in the work, and incredible good technique and finish,” Hjellegjerde explains, quickly adding “I also need to work with nice people.”

Asked about commonalities amongst her choices, she reflects “I just try to stay true to myself. I go for artists whose work I fall in love with and then somehow it ends up being a red thread that you can’t put your finger on. I like to surprise myself because it’s so interesting to work with different artists.”

Hjellegjerde hadn’t been destined to run an art gallery. After studying feminist literature in her native Norway, she led a nomadic existence, modelling for a while in Singapore, then studying acting in New York. She moved to Los Angeles and worked as a small-part actress while writing theatre plays, before returning to New York where she worked as a property broker. But her heart was not in property. “I can sell well, but I need to sell what I love,” she admits. Switching course, she enrolled in an art business course at the New York University and when she moved with her family to London in 2011, she decided to open a gallery.

“I had reached out to Soheila after seeing her graduation show at Goldsmiths, University of London. She’d made that incredible sculpture (a taxidermy horse straddling a giant blue blob) which is now part of the Saatchi collection. It’s a symbol for stagnating heroism, and I’d never seen anything like it before. She became one of the first artists I represented and she suggested others,” Hjellegjerde recalls.

The Iranian artist recently finished a Public Arts commission for London’s Victoria Station to mark the centenary of the first women in the UK winning the right to vote, and she will be holding a new solo exhibition at Hjellegjerde’s London gallery in November.

The title for Soheila’s exhibition is Addicted to Love and Hjellegjerde points out, “Whenever I do a show with an artist, I make sure they have a title early on, because if you have a title, you know what you’re reaching toward, the work becomes more coherent and aligned. Then the narrative gets strong.” 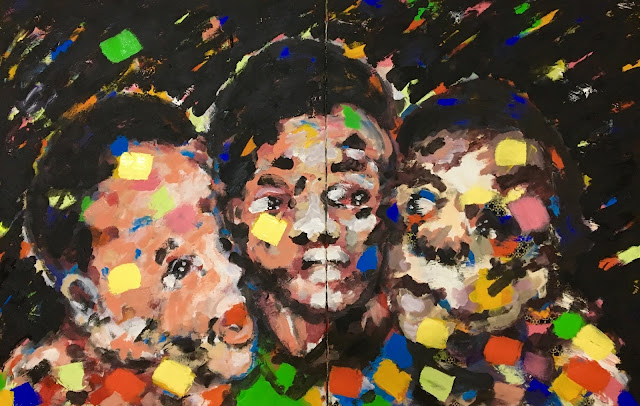 Looking ahead, the energetic gallerist is mounting a show with Senegalese artist Cheikhou Ba at the end of May in London, while this summer she will be holding shows with in Berlin with the Ethiopian artist Ephrem  and Pakistani artist Muhammad Zeeshan, who is also currently curating the Karachi Biennale. Hjellegjerde is full of new projects. She’s planning to expand by moving to a larger and more central space near Tower Bridge next year, and is also thinking about branching out to New York and Asia, “if the opportunity arises.”

Her long term dream is to open a hotel with a residency and gallery programme: “in my mind I have Portugal and I keep writing it down in my business plan. I’ll keep saying it until it happens, just like I did with the museum show.”