Whether collecting for pleasure or investment, modern and contemporary Asian design has not received much attention to date, but this could soon change once M+, Hong Kong’s new visual culture museum, opens at the end of 2020.

“I think it’s probably inevitable that once M+ opens and more people see design displayed in a museum that it will spark greater interest,” says Aric Chen, a consulting Curator-at-Large for the museum. 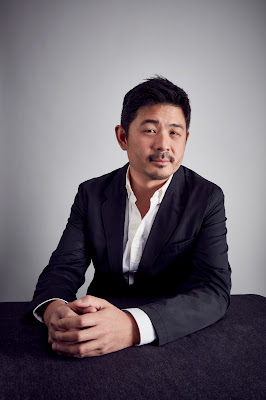 Having already held one exhibition in the M+ Pavilion, the museum’s temporary gallery adjacent its West Kowloon site [The building is permanent, but it’s temporarily being used by M+], Chen is confident interest will rise. “I know that after visiting our first design show called ‘Shifting Objectives’ in 2016, which was a preview of our collection, some collectors in Hong Kong developed an interest in what they saw,” he says.

“That’s actually not very good for us [museums] as prices will start to rise,” he notes with a laugh, “but hopefully it will also create new patrons.”

“The vast majority of the collection is historical, because part of what we’ve been trying to do is to help create historical narratives of design in Asia, when there really isn’t another dedicated museum of this kind in the region. Designers in Europe and North America have had the advantage of knowing and seeing design history and then as a result, are able to expand upon that in their own work. Asian designers haven’t had that opportunity so much,” Chen says.

Chen roughly estimates that contemporary work so far only represents around 10% of the M+ design collection, but is well diversified with pieces by Nendo (Japan), Zhang Zhoujie, (China), Li Naihan (China), Gunjan Gupta (India), Hans Tan (Singapore) and Lanzavecchia + Wai (Singapore), to name a few. “Though the collection is now very substantial, it is still growing all the time,” Chen notes. 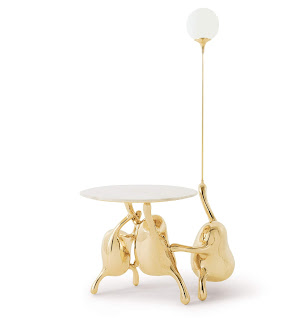 While hard to generalise, the curator says Chinese collectable design may be characterized by “a certain expressiveness” which comes from China’s long standing artistic traditions, “but you also see a lot of interest in reinventing crafts and you begin to see some appropriation of critical skills that younger designers have learnt abroad, as many are trained in Europe and the US.”

“It’s not fusion, it’s not east-meets-west, but more of a transformation. It’s taking something they’ve learned abroad and giving it Chinese characteristics,” he adds half-jokingly, “which turns it into something else.”

Now based in Shanghai, the Chicago-born curator says the development of a full eco-system has yet to be completed for Asia design and this is one reason it has been slow to appear on the radar of collectors.

“In some ways, collectible design is extremely new and emerging in the region, but at the same time, it’s also been around forever. Historically, there was not so much distinction between fine arts and decorative arts in Asia, at least in terms of how they were defined in the West. Here a vase or a screen was seen as a work of art, while in Europe it would have been seen as a piece of ‘decorative’ art, so in that sense, ‘ collectible design’ has incredibly deep roots in our region,” he notes.

But Chen also says that while there are highly desirable design works produced in the 20th century, “all the dots have yet to be connected” to make them collectible: “We still need a stronger infrastructure including academics, curators, galleries, museums, fairs, and media to bring it all together in Asia, and it’s still early days.”

Pointing out that historically, the design market has always lagged behind the art market, Chen notes this has been true in Asia too.  “If you think about the contemporary art landscape in China, say, 20 years ago, it looked vastly different. Suddenly some people started to make a lot of money on contemporary art and others started to jump in the game. Some of it was speculative, but there was also a rise in appreciation, and you began to see more museums, galleries, and growing support for nonprofit spaces. With design, we’re still maybe 10 years behind the art world. But anecdotally, I think the market is there, it’s just a matter of someone with the wherewithal to take the first step, to create a high profile platform and dig in for the long haul in order to build an anchor point for the eco-system,” he says, and referring to the founding director of Art HK (and more recently the Taipei Dangdai art fair) Chen adds, “when you think of Art HK, it took years of struggling and building up slowly before Art Basel acquired the fair and took it forward. We still don’t have a Magnus Renfrew yet in design.”

Chen believes the ‘market’, which he feels is most likely a design fair, will need to lead the push, to help create interest not only in the content, but also “in the field as a discursive and academic subject.” As it happens, Chen, who in his current, consulting role at M+ no longer makes acquisitions for the museum, has taken on a stint for Design Miami/ as its 2019 Curatorial Director, a newly-created, one-year position overseeing curated content, commissions, and collaborations for both editions of the collectable design showcase, at Basel and Miami Beach. “It’s another way of contributing to the discussion,” he says.

The collectability of Asian design has started to prove itself at auction. Japanese designer Shiro Kuramata's 1989 Miss Blanche chair sold for £269,000 during the 20th Century Design auction at Sotheby's London in 2015. And further encouraging signs, though limited, are evident. Christie’s organised an auction of Chinese contemporary Design in Shanghai in 2014, which was sold out, and it followed with a small auction of 35 lots dedicated to Chinese and Asian Contemporary design in Hong Kong in 2015. However, while it has not organised other auctions in the field, Phillips offered design last November as part of its Day Sale of contemporary art with several pieces by Gio Ponti and Hans J Wegner, amongst others.

A few commercial galleries have also starting to create the right eco-system, Chen notes, pointing to the Los Angeles and Beijing-based Gallery ALL, which has been participating in Design Miami/ since 2015 and this year is bringing works by Zhipeng Tan, including the 33 Step Chair, which is shaped like an inverted human spine.

Also at Design Miami/ this year, the New York-based Erik Thomsen Gallery will present rare, nineteenth and early twentieth-century Japanese and Chinese baskets made by the pioneers of bamboo art and design from Iizuka Rokansai to Waichisai Wada III.

While he admits there is still only a small representation of Asian designers at Design Miami/ in Basel this year, Chen is optimistic that more will be on view in December. “We’re having some interesting conversations, and I’m quite hopeful,” he says.