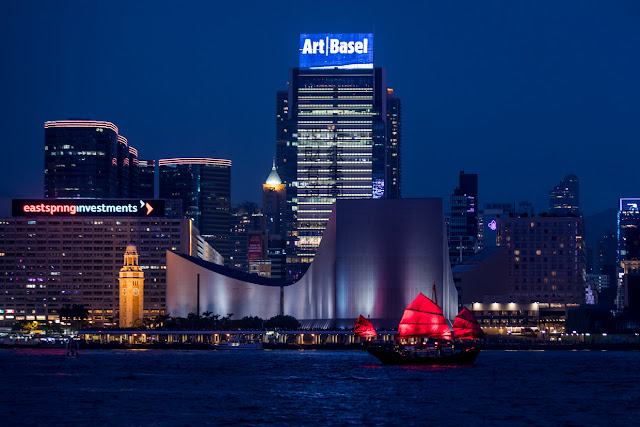 “It’s actually harder for a Western gallery now to get into the Hong Kong show for the first time than it is to get into our show in Basel. We decided in 2013 to devote 50% of the booths to galleries who have exhibition spaces in Asia, so there is a much smaller number of slots available to Western galleries and galleries vying for those slots are at the levels of Paula Cooper or Matthew Marks. Basically, if you are not one of the best Western galleries in the world at this point you’re not getting into the Hong Kong show,” remarks Marc Spiegler, the Global Director of Art Basel. 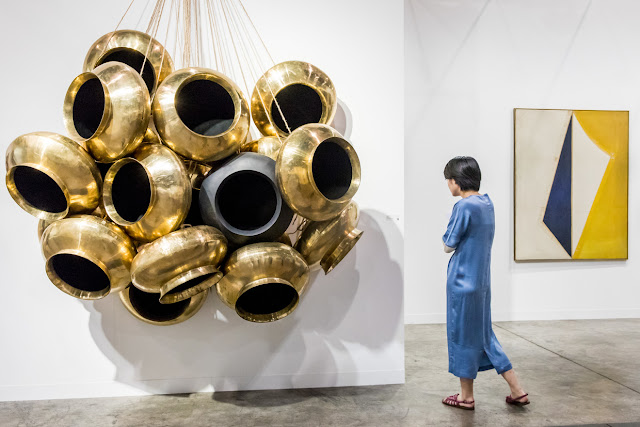 And while just a few years ago Asian collectors would bemoan the fact that western galleries tended to bring mainly second-rate works, albeit by well-known artists, things have certainly changed as the rise of the Asian collectors, and their spending power, combined with their deepening appreciation for Western art, has been felt throughout the international art market.

Spiegler says Western galleries are now bringing “amazing works that would be considered masterpieces at any fair or auctions,” noting that rather than just sending staff, gallery owners are also coming to be at their booth, ensuring they interact with collectors.

Competition ahead
But while Art Basel Hong Kong is still the region’s premier fair, others are starting to slowly muscle in on the action, competing for art collectors’ attention.

This January, the inaugural Taipei Dangdai attracted 90 exhibitors, including a number of international heavyweights lured by the opportunity to present to a largely untapped market. Despite the difficult economic environment, many galleries reported strong sales with Galerie Thaddaeus Ropac selling a work by Georg Baselitz to a Taiwanese institution for more than $2.25 million, while Hauser & Wirth sold six acrylics by German abstract painter Günther Förg, with prices ranging from $27,200 to $540,000.

Adding to the positive buzz surrounding the new fair, three satellite fairs were taking place around town at the same time, including Ink Now, a new nomadic fair devoted to contemporary ink painting and launched by Hong Kong-based dealer Calvin Hiu, who plans to take it next to Shanghai, Hong Kong and London.

Meanwhile in November, Shanghai hosted to two concurrent fairs —ART021 and West Bund Art &  Design — drawing veteran international galleries to China. Each fair had a distinct flavour, prompting some galleries such as Kamel Mennour, Galerie Chantal Crousel, and Thaddaeus Ropac to exhibit at both. “West Bund focuses on presentation and on introducing non-Chinese galleries to the region, whereas ART021 is a broader platform, encompassing both established and emerging artists and collectors,” explains David Tung, Asia Representative of Lisson Gallery, which chose to participate only at the West Bund fair.

The interest in Shanghai reflects how the art scene there has vastly improved from 12 years ago when the city saw its first international art fair, SH Contemporary - Shanghai Contemporary Art Fair.

Galerie Templon had participated in the inaugural SH Contemporary and its Executive Director Anne-Claudie Coric remembers how disappointing that experience had been, both in terms of sales and attendance, but notes that now “Shanghai feels more active than Hong Kong: there are many more museums, galleries, more artists’ studios.” Though she also points out, the art scene “remains very national. It doesn’t have the international flavour of Hong Kong, where we can find many expats. Also, Art Basel Hong Kong attracts many collectors from Australia, Taiwan, Europe; they do not travel to Shanghai, yet.” 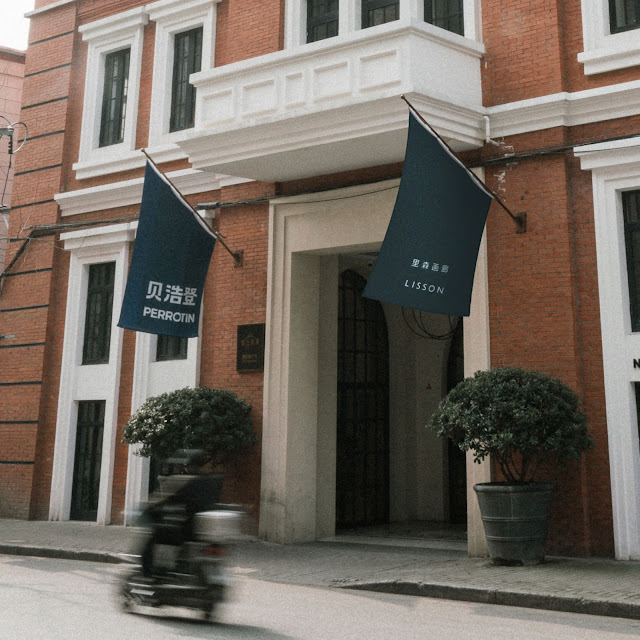 In the last five years, private and public museums have blossomed throughout Shanghai building on the success from earlier pioneers such as the Long Museum Pudong and the Long Museum West Bund opened by Liu Yiqian and his wife Wang Wei in 2012 and 2014, respectively, and the Yuz Museum, opened by Indonesia-Chinese collector Budi Tek in 2014. A government report published last December stated the number of art museums in Shanghai now stood at 78, up 130% on the number just five years ago.

Meanwhile commercially, a few international galleries have chosen to open an outpost in Shanghai. Hong Kong-based dealer Edouard Malingue opened a space in the West Bund art district in 2016 and has since been followed by Perrotin, which opened a new offshoot of its global imprint at the heart of the Bund quarter in 2018. This March it was the turn of Lisson Gallery to join the fray. Having chosen Shanghai over Hong Kong in 2016 to open its first Asian office, the gallery decided to follow with its first gallery space in the region, with Tung of Lisson noting that while Hong Kong “may be the first choice for many, Shanghai has a very rich cosmopolitan history and a vibrant museum and collector base. It provides opportunities to service our clients and allows us to tap into the productive possibilities within China.”

Morgan Long, Senior Director for The Fine Art Group, a London-based art advisory, points out that while Hong Kong has established itself as an international art market hub, thanks in part to Art Basel Hong Kong and a forgiving tax regime, its notoriously high rents have fostered a “top heavy” market for blue-chip contemporary art and limited accessibility for emerging galleries and public museums.

“Hong Kong’s commercial galleries are somewhat restricted in their programming, with high overheads often dictating conservative and sellable presentations. They are also limited by the similarities of the gallery units available in the Pedder and H Queen’s Building (where many of the top-tier galleries are based), whereas gallerists (and collectors) in Shanghai have a much greater range of locations and property types to choose from,” Long says. 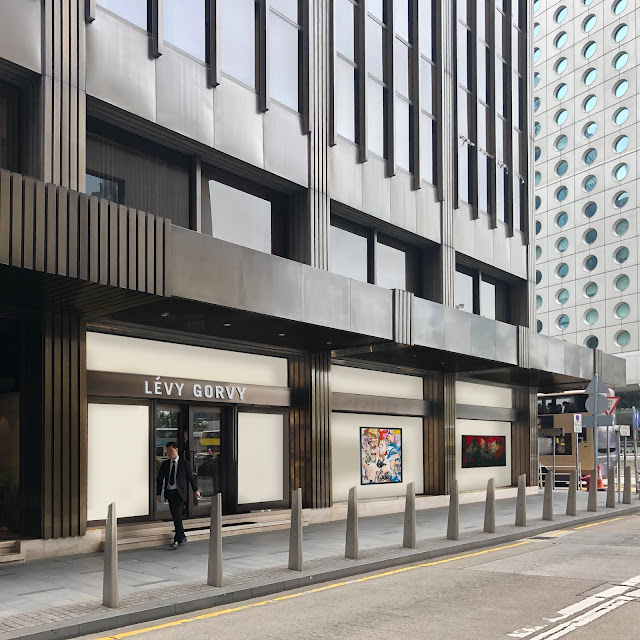 Hong Kong is still the place to be
But Hong Kong boasts a number of factors that will allow it to remain as an important international art hub.

“Hong Kong is an open market, with a sophisticated legal system, free trade and free port policies, a low tax rate, as well as excellent infrastructure, a strategic location to most Asian countries, and an efficient transportation and logistics system,” remarks Kevin Ching, CEO of Sotheby’s Asia, adding “This combination of strengths continues to allow Hong Kong to stay ahead of its rivals and facilitate its art market to grow. As a matter of fact, we have seen more and more international galleries setting up in Hong Kong in recent years.”

Last year, the opening of H Queen’s prompted New York-based gallery David Zwirner to open a gallery in Hong Kong, joining the likes of Pace Gallery and Hauser & Wirth in the new space. This March, Lévy Gorvy was the latest international heavyweight to establish an outlet in Hong Kong, opening a 2,500-square foot gallery inside the historic St. George’s building in central Hong Kong. 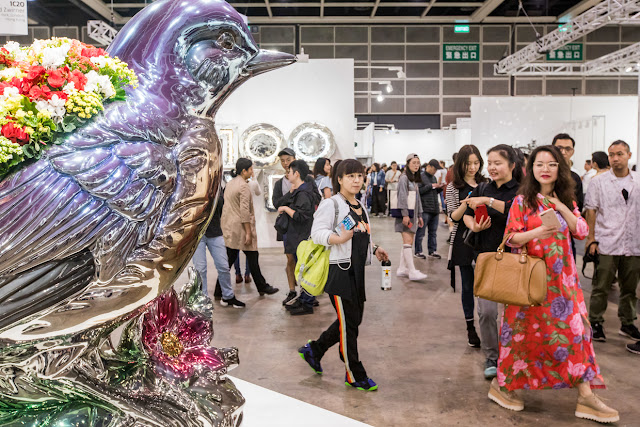 “In recent years, we are seeing many international galleries entering Hong Kong, because it has the upper hand in many aspects; for instance tax and the relative convenience of opening up a business,” notes Kelvin Yang, director of Galerie du Monde, which has operated there since 1974.

But Sundaram Tagore, founder of Sundaram Tagore Gallery, expresses concern about the number of art galleries setting up in Hong Kong, and warns: “It’s hard to imagine that the Hong Kong art market can support so many galleries — especially because all of the most important activities in terms of sales tend to take place during Art Basel week, when collectors fly in from across the globe. While Hong Kong is rightly placed for this market-driven influx, we may be reaching a saturation point.”

One major point in favour of Hong Kong is its favourable tax regime. “Mainland China has a very high tax system on art so most people who buy art from Shanghai will tend to focus principally on art produced within China. At this stage it remains very hard for us to bring important non-Chinese art to Mainland China,” Tagore says.

Henrietta Tsui-Leung of Galerie Ora-Ora agrees and notes that while Shanghai is really only competing with other Mainland cities such as Beijing, Hong Kong is trading on its “150 years of Commonwealth-city experience” which she notes “will not be easily replaced. The mentality and education here are very different from Mainland China, and art professionals and collectors in Hong Kong enjoy freedom of speech to a large extent, with little censorship.”

In contrast, several international galleries report having exhibitions in China censored. “We had three works censored at the (West Bund) fair, and we still don’t understand the reasons for the decision,” says Coric. 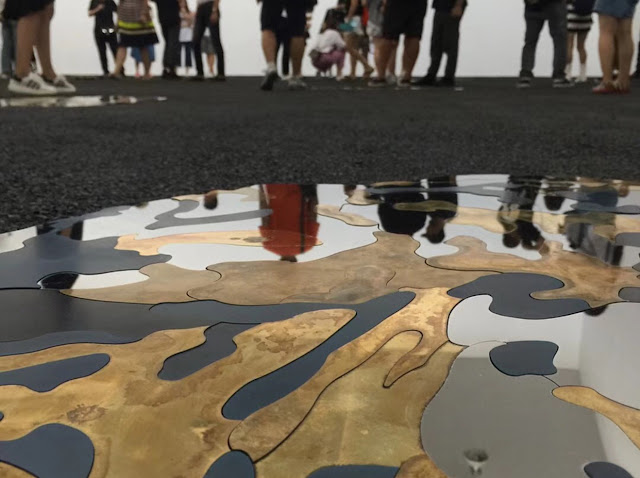 Complementary Roles
Lorenz Helbling, founder of ShanghART Gallery, one of the oldest and most respected art galleries in Shanghai, sees Hong Kong and Shanghai as complementary, “each side with its pros and cons,” adding, “Hong Kong may be easier for business and more streamlined with the international world, but Shanghai is a city of 30 million people with a surrounding population of 300 million in a country of a billion.”

Francis Belin, President, Christie’s Asia, notes the many similarities between the two art hubs and says, “I don’t think it’s a mutually-exclusive game. Asia is a region with a population of over 4.5 billion which is four times that of Europe and North America combined. With fast-growing High Net Worth and Ultra High Net Worth segments in many Asian economies, it can certainly accommodate more than one major art hub,” adding “Both are amongst the fastest-growing art markets in the world. Both are undergoing huge transformations with their art ecology, and both are growing in parallel.”

Tagore believes cities on the Mainland could develop a collaborative partnership with Hong Kong and the art galleries based there to mutual benefit, and notes that many galleries are starting to partner with each other to help broaden access to clients. “Last year, we partnered with a Beijing gallery, Ink Studio at our Madison Avenue location, showing work by one of their artists, which provided them with a whole new audience. In return, we hope to exhibit work by some of our artists at their Beijing space in the future,” he says.

Para Site, one of the oldest and most active independent art institutions in Hong Kong, recently announced a collaboration with Rockbund Art Museum in Shanghai to co-present programmes, which Tung of Lisson gallery describes as “an exciting development that speaks to the two communities evolving together.”

Tung also notes that in today’s world, “change is the only constant and Hong Kong is well aware of this and really creating new possibilities that will ensure the continued success of its art market: The recent opening of Tai Kwun - Centre for Heritage and Arts and the forthcoming M+ Museum opening come to mind.”