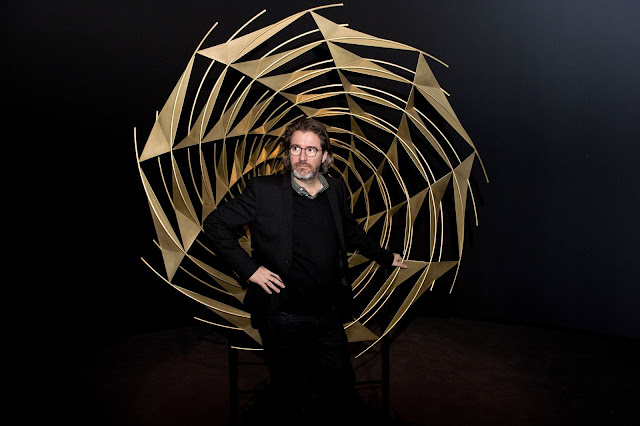 With the creation of massive man-made waterfalls in New York and Versailles, turning rivers in various cities a luminous green, and installing a 90-metre smoke-filled tunnel at ARKEN Museum of Modern Art near Copenhagen, Olafur Eliasson has become internationally known for his large-scale immersive installations and sculptures.

His works often use light or water and entice the public to actively participate in them. This month, he placed 24 massive blocks of Icelandic ice, each weighing six to nine tonnes, in the streets of central London to help draw attention to the dangers of climate change. Meanwhile, in Singapore, two of his immersive works using light can be enjoyed as part of the major Minimalism exhibition taking place at the National Gallery Singapore and the ArtScience Museum.

“Olafur Eliasson combines the science of colour and perception, the processes of nature, and cutting-edge technologies to create transformative works that invite a deeper engagement with our environment,” remarks Russell Storer, Deputy Director (Curatorial & Research) at National Gallery Singapore, pointing out that Eliasson is a “crucial artist” in the exhibition because “he extends the experiments in light and space begun by artists in the 1960s into a contemporary context of audience participation and sensory experience.” 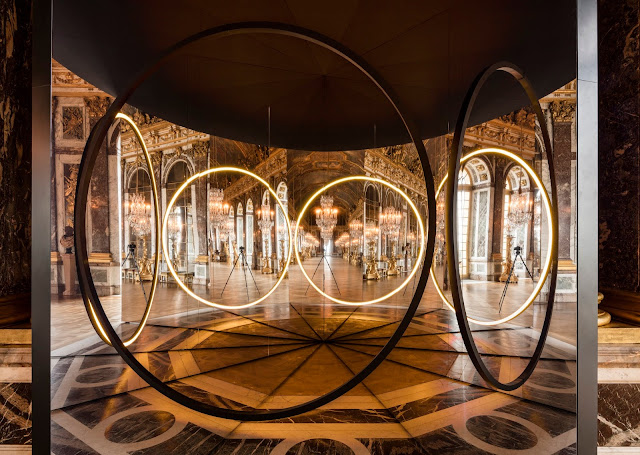 Having once remarked that art was not about just decorating the world, but about taking responsibility, Eliasson believes art’s potential is created by the viewer’s own participation in, and experience with, the artwork.

“I’ve always insisted that the quality of the experience you have when getting involved with art somehow draws on a narrative that is outside the art world,” he says, explaining that he likes viewers to relate their experiences with his works to other experiences, prompting them to examine and question what they see and how they see it.

Eliasson aims to create artworks that prompt the viewers to question their relationship to these works and the importance of their presence in the space, ideally, helping them realize how their presence can make a difference, often doing so with the use of fog, mirrors, light or water manipulating the space around the work, be it outdoors or indoors. 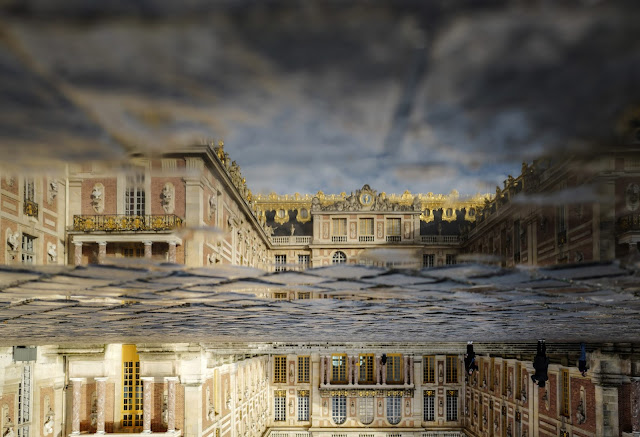 The Icelandic-Danish artist started to attract international attention with the Green river project in 1998, when, unannounced, he poured a water-soluble dye in several rivers turning them green. But it was his Weather project at the Tate Modern’s Turbine Hall in London in 2003, the same year he represented Denmark at the 50th Venice Biennale, that secured his standing. The work, which attracted two million visitors, fundamentally altered the way visitors see the museum, and in particular started to see the Turbine Hall as a public space, recalls Achim Borchardt-Hume, Director of Exhibitions and Programmes at Tate Modern, which will put on a large mid-career survey of the artist in July 2019.

Eliasson had created a vast optical illusion that basked the giant hall in a warm misty orange, artificially recreating a glowing sun with the help of a wide semi-circular screen back-lit by 200 yellow mono-frequency lamps; also, as visitors looked up they could make out their reflections as tiny specks on a reflective ceiling. “It was very much about doing something that first appears two dimensional, the sun, but actually was very physical,” Eliasson says, recalling how visitors started to lay on the floor trying to find their own reflection in the great hall, collaborating with others to create words, even phrases, including “Bush go home” (reflecting the anti-Iraq-war sentiment at the time). 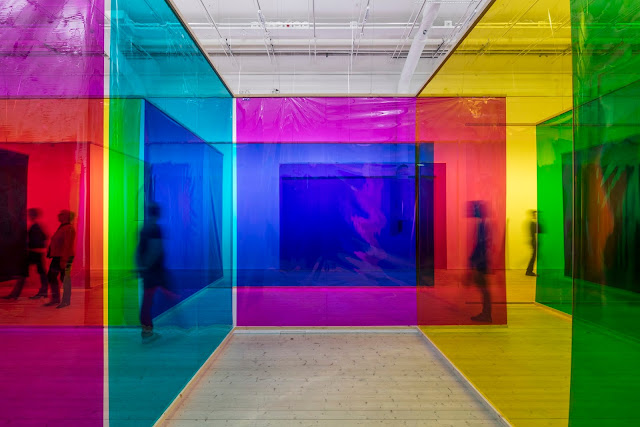 “I think what was interesting with the work was finding one’s own body and collaborating with others. That kind of work was most successful at sorting out, ‘Do I exist, do I matter?’” he adds.

As he flicks through the pages of Olafur Eliasson: Experience, the most comprehensive book on his portfolio to date, recently published by Phaidon, the artist points out that all his projects are connected with a high degree of synchronicity. Melting ice, for example, first appeared in his work in 1998, when he left small ice blocks outside a museum in Paris. In 2006, he took several blocks of ice from the largest glacier in Iceland and exhibited them in a refrigerated space in a Berlin gallery to explore the idea of time and wasted time, and encouraged the public to touch the blocks, taking away ‘time’ from the 2,500-year-old ice as it melted to their touch.

His more recent Ice Watch series, where large blocks of Greenlandic ice are left to melt in public spaces, aims to raise awareness about sustainability, a recurring theme in his works. “I want to give language to a notion that is so abstract (climate change and its impact),” he explains, adding, “when you hear the ice ‘pop, pop,’ it’s a very visceral experience.” 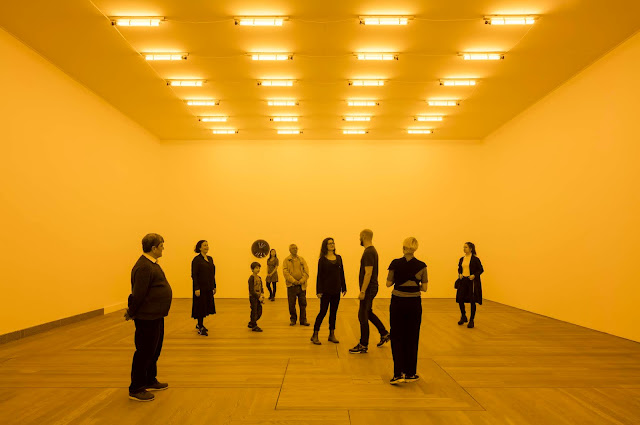 This Story was first published in PRESTIGE DEC EDITION 2018