A Poet Builder, Renzo Piano on the art of building 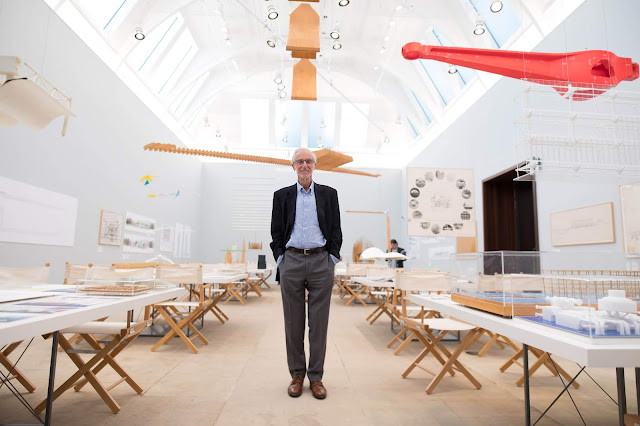 Renzo Piano may have just turned 81, but the architect behind the iconic Centre Pompidou in Paris and The Shard in London remains full of creative energy and is still very much involved in the Renzo Piano Building Workshop (RPBW), which he founded in 1981.

After Ponte Morandi collapsed on August 14, killing 43 people, the youthful looking octogenarian immediately picked up his pencils to conceive a new bridge for his beloved hometown city of Genoa Within two weeks, he had put forward a proposal that recognises the city’s maritime heritage and in a subtly poetic way also honours the memory of those who had lost their lives — the shape recalls a ship set on 43 pillars, one for each victim, with solar powered lights incorporated emitting a pale halo at night as a permanent memorial.

“When a bridge falls, it falls twice, it falls physically and it falls symbolically, because a bridge is a symbol of connection. That’s why the reconstruction is fundamental and I’m trying to do what I can. My hope is that this moment of construction will become a moment of pride again,” Piano says.

Though he won the highly prestigious Pritzker Architecture Prize in 1998 — with the jury comparing him to Michelangelo and Leonardo da Vinci — Piano dislikes the portmanteau word starchitect and often simply refers to himself as a builder. His practice has long focused on public buildings, in particular cultural ones.

“I love making public buildings because they are for people to gather and stay together… the art of building meets the art of building for people,” he says noting the idea architecture can change the world is misguided “architecture doesn’t change the world, the world changes by itself, by big shifts, but architecture is celebrating these changes, in fact giving shapes to these changes, and those buildings in some ways represent that; they represent a change in society that became a building.” 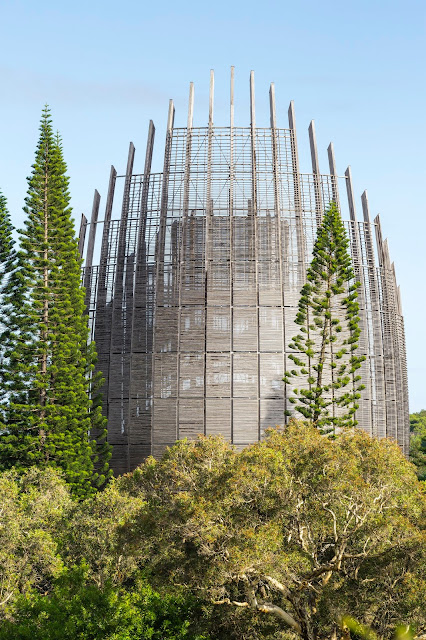 Kate Goodwin, curator of architecture at the Royal Academy of Arts in London, points out that one thing that differentiate the architect from many of his peers “is that there isn’t a single Renzo Piano style: There are things he returns to, it feels like a Renzo building, but not because of the form, because of certain things that come about. His buildings continue to surprise.” However, Goodwin, who co-curated an exhibition at the Royal Academy, “Renzo Piano: The Art of Making Buildings” which is open until January 20, adds there is still a clear red thread throughout the Italian architect’s output: his search for light and weightlessness.

Born in Genoa to a family of builders, Piano remembers growing up either looking at the sea or sitting on a building site. These early experiences had a profound influence on the architect, instilling a fascination with light, a love of beauty and nature, and a thirst for adventure and discovery.

He has compared some of his buildings to “flying vessels,” wanting to elevate them from the ground and create space beneath where people can congregate and his design have also often sought to “sculpt light,” be it finding innovative methods to diffuse natural light over an art collection (the Menil Collection in Houston) or angling a roof so a new building does not cast a shadow over a city park (the Aurora Place in Sydney).

A defining idea
In 1971, Piano and his then partner Richard Rogers beat 681 other bids with their audacious proposal for the Centre Pompidou. Their revolutionary inside-out concept — with a hint of nautical influences — created a novel space configuration for a museum that aimed to democratize the museum-going experience, breaking down the monumental and intimidating designs that had up until then been standard features associated with museums to create a completely open space, accessible to all. Piano admits with a laugh that the project was “completely mad, like a spaceship had landed in the middle of Paris.” 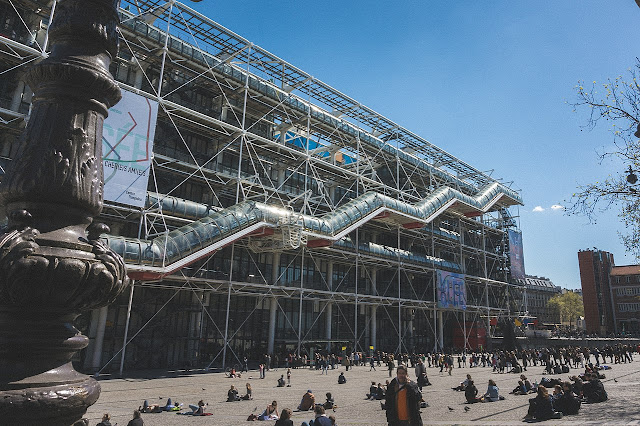 Although highly controversial at the time, it positively changed the relationship between a cultural building and the public thanks in part to the piazza set outside, while the interior was free of columns making it more adaptable. “It was about creating a new public space, and saying that culture was not just that which took place within the building, but about people and the life outside,” says Goodwin, “The whole idea of stripping out the inside and putting all the services on the outside was about expressing how buildings work as well as freeing the space inside.” 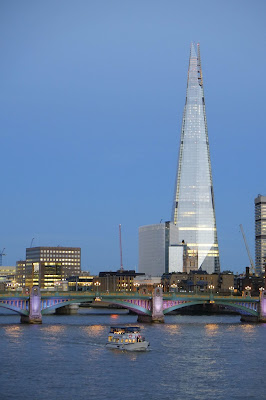 “I think that’s something that’s very interesting about Renzo’s work. There was something that was so of its moment, but also so forward thinking, provocative, talking about culture, but also disturbing Paris in some ways, and you get this with a lot of his buildings and as they start to become used they become loved and better understood. And this is a recurring theme, how he put something into a place that is slightly unsettling in a very positive way. The best architecture turns something in your mind and invites you to think about the place itself and what it’s doing.”

After the Pompidou was completed in 1977, Piano and Rogers went their separate ways. Piano worked for a few years on experimental project before setting up the Renzo Piano Building Workshop, which now has offices in Paris, New York and Genoa. Over the years, some of the workshop’s most notable projects have included the 52-storey New York Times Building in New York, The Shard in London and the new Whitney Museum of American Art in New York.

Having just surveyed the exhibition at the Royal Academy, Piano mused: “It’s madness what you can do in life when you never stop.”