The Art of Marketing 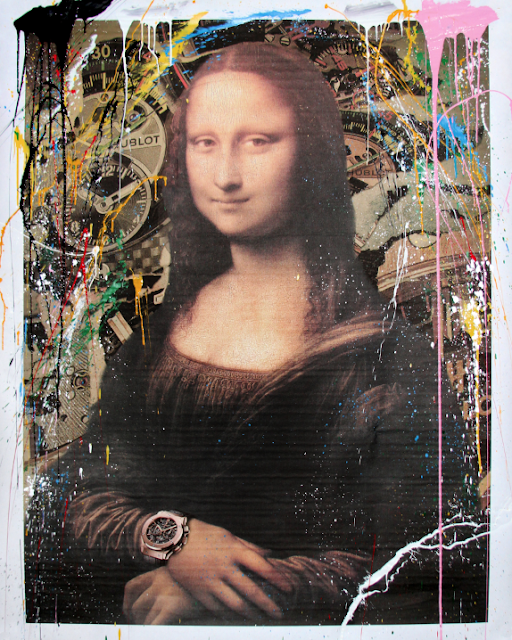 Back in 2008, Cyril Phan (aka KONGO) was working on a colourful graffiti tag on a street in Lan Kwai Fong, Hong Kong when he was approached by a man with his son. Intrigued by the graffiti, the man asked Phan whether he would customize his son’s cap and offered to buy him a drink. “He kept on asking a lot of questions about my art, to the point that I asked him whether he was from the police; that’s when he told me he was in charge of Hermès in Asia. We exchanged our details on beer mats and I went back to do my ‘graff’,” Phan recalls.

A few weeks later the self-taught French artist was given carte blanche to work on Hermès’s window display at Hong Kong’s airport. Impressed, the luxury brand offered him the window display of its flagship boutique in Paris and later asked him to work on a design for one of its famous carrés. Two months after the launch of the Carré Graff in the Winter 2010-2011 collection, the scarf was sold out. Other companies have commissioned KONGO to work with them including French crystal company Daum for which he created three colourful spray paint cans made of pate de cristal, and most recently, high-end watchmaker Richard Mille, which included his art on the micro-mechanisms (bridges and baseplates) of a tourbillon watch. 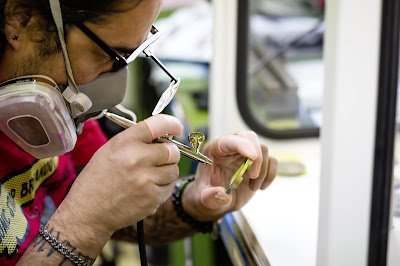 “My interest is to try to evolve my work on different media. Working on silk with Hermès allowed me to discover several [types of] savoir faire and put my stamp on a material that enhances the colours of my work. With the watch project, we did the opposite of what I usually do — working on very large surfaces — I worked on the infinitely small, with the additional difficulty of doing it on a tourbillon movement,” Phan explains.

Collaborations between international brands and artists are not new. Back in the 1930s, Ferragamo asked the futurist painter Lucio Venna to create its first advertising campaign and since the mid-1970s, world-renowned artists have been invited to paint BMW cars to create one-off designs. Having started with Alexander Calder, later this year (2017) the German car brand is set to unveil its 18th art car, this time with a design by Cao Fei. Other car manufacturers have also embraced working with artists to help communicate their message. In 2015, Daimler Chrysler reached out to Berlin-based artist Sarah Illenberger to draw attention to its vision of autonomous driving through five intriguing installations, and Rolls-Royce has also let artists use their prized cars as part of an art installation and has also commissioned artworks.

Art commissions by luxury brands in diverse industries are commonplace and many brands have set up their own art foundations (Louis Vuitton, Prada, Cartier), which raise their profile in a less obviously commercial way.

However, the co-creation of a limited-edition series of a company’s product rather than funding or commissioning artworks is a more recent trend and something that has accelerated recently. Leonie Brantberg, who co-leads the Apparel, Fashion & Luxury Goods practice at McKinsey's London office, believes the increase in linking art and marketing efforts, often termed artketing, is a response to the pressures in the industry now, including high staff turnover, pointing out that in 2016, there were almost 30 rotations of creative directors between the large luxury groups, one of the highest levels in history. “This creativity crisis, as well as multiple other factors such as increased competition on the high street [and] increased levels of price discounting in fashion has led to a commoditisation trap in fashion. A fashion CEO told me the other day ‘I think there are too many lemmings in our industry; to create value we need to be different, to keep strong our brand values through creativity and uniqueness.’ Arketing is a way to achieve this creativity when there is a creative crisis in the industry.” 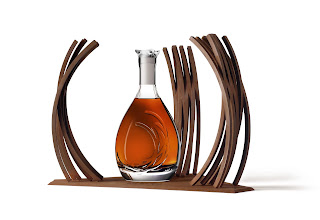 While collaborations with artists take place throughout the luxury sector, they are particularly dominant in the high-end beverage industry. This year alone, German abstract artist Michael Riedel has collaborated with Dom Pérignon to create the packaging for a limited-edition bottling of two vintages, while Hennessy inked deals with tattoo artist Scott Campbell to create a new label and packaging for its Very Special Limited Edition series and with artist Arik Lévy on another limited edition bottle for its prized cognac, the Hennessy 8. Even smaller companies, like Champagne Thiénot are willing to engage artists to help boost their profile – the independent champagne producer recently unveiled a limited edition magnum bottle adorned with the colourful graphics by street artist Oliver Rizzo, aka Speedy Graphito.

Artketing offers an opportunity to open the market to new consumers, says Francine Petersen, Associate Professor of Marketing at the European School of Management and Technology in Berlin, but she also cautions that companies should collaborate only with artists whose philosophy is similar to that of the brand. “The collaboration should be authentic and consistent with the brand's core values. This way, if the consumer likes the brand, they will probably be interested in the artist and vice-versa. This increases the chances that the collaboration will appeal to customers, and when it is done this way, it is not a marketing gimmick.”

“When collaborations between luxury brands and artists are done well, the products sell well. Even if an impact on sales is not seen in the short term, such collaborations can strengthen the brand by emphasizing the brand's values and communicating them in a creative way,” she says, adding “when the brand and the artist are consistent with each other and they do something together, they reinforce each other. It's like when two plus two equals five.”

Paul Cadman, Asia Pacific Regional Managing Director at Ferragamo, which most recently collaborated with Korean artist Lee-hyun on a collection of silk, cashmere and wool accessories, agrees, saying the collaboration should not be forced: “a clear connection enables and benefits both the brand and the artist to express their mutual respect. Often these collaborations are for creative purposes and not for huge commercial gains, which is a good reason to be selective and ensure the collaboration is pure.” 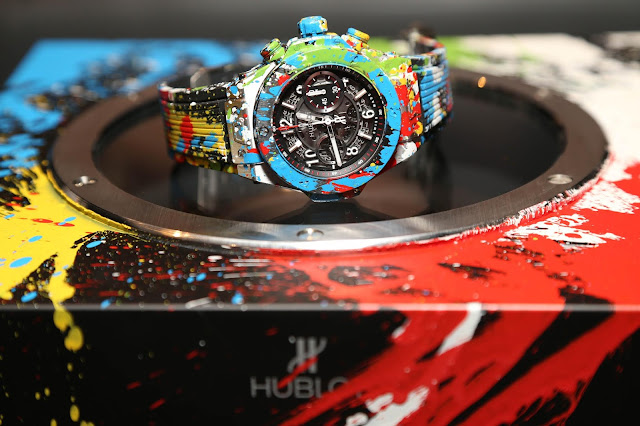 Hublot CEO Ricardo Guadalupe says it is important for the company to have a personal connection with the artist selected. The watch brand has worked on several artistic projects and prefers to work with artists who are already Hublot enthusiasts. “They are normally existing clients, or artists that have worked with some of our clients and are presented to us by Hublot Friends,” he notes.

Similarly it is important that the artists are selective, too. Phan says he is offered a lot of artketing-type projects, but accepts few of them, “I refused 95 percent. My goal is not to do a lot of collaborations but to continue to have fun with my art while flirting each time with excellence.”