Singapore International Film Festival 2016 - Who's Who 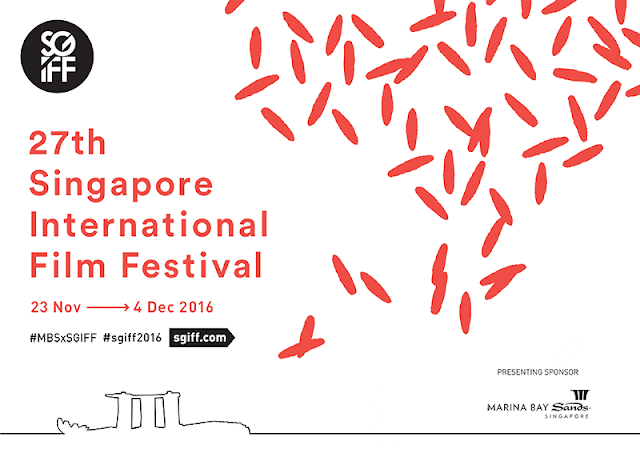 Singapore filmmakers have continued to make waves internationally this year, with several home-grown films receiving awards, but the Singapore International Film Festival (SGIFF) remains as important as ever to support them, as well as to inspire and nurture new talent in the industry.

“Our industry is still young. Not only must we support emerging filmmakers but also those who are making their third, fourth and fifth films. Every project, especially in independent film, is equally hard to put together,” noted Yuni Hadi, Executive Director of the festival.

This year, SGIFF is presenting a variety of local films with “uniquely Singaporean” stories that will resonate with Singapore audiences. From an old man looking for wild durians to migrants workers in search of a better life for their families – there’s a story for everyone.

“I believe there’s an inherent need in us to find out who we are, to question our identity and find a way to express all of those thoughts. Singapore is so unique as a country and with all our good and bad (aspects), we have our own backyard of stories waiting to be told,“ said Yuni, “The stories we tell through Singapore films reflect our past and will become the legacy we leave behind. Each film shares an intimate story of people around us, and viewers will find them relatable and accessible.”

Who: Liao Jiekai
Why: The artist and filmmaker won the Young Artist Award by the National Arts Council in 2012 and his debut feature in 2010, Red Dragonflies, won the Special Jury prize at the Jeonju International Film Festival.
What: The Mist, which focuses on two dancers threading the boundaries between dance and daily movement, will premiere at the festival and is vying for an award in the Southeast Asian Short Film Competition section.
What he says: “Many dance films you see in festivals are really not much more than music videos, which I find very boring — it should not be just a camera shooting a dancer. I tried to open up the possibilities and find something in between, to make people think about what we perceive conventionally as dance and not dance. For me, as a director, short films are not an alternative to feature films, they are a different art form in themselves, and an important one. With lesser financial constraints, I’m able to explore new ideas in terms of filmmaking.”

Who: M. Raihan Halim
Why: Best known for directing Malay film Banting, the “part-time scriptwriter, full time storyteller” filmed the first segment of 4 Love, a romantic comedy premiering at Singapore Panorama.
What: 4 Love, which is in Mandarin, chronicles different stages of love through the eyes of four local filmmakers. Raihan opens the film with the “puppy love” stage when two young people fall in love, having been brought together by a book.
What he says: “Despite our strides, I feel that the Singapore film industry is still very young. Personally, I’m excited to see more genres being explored locally. SGIFF has served as an amazing platform for local filmmakers to showcase their works to the world, and I hope that the festival will continue doing the same and serve as a bridge for many filmmakers worldwide to share their experiences with us. I’d love to see a genre section for the festival akin to Midnight Madness. It will help open doors for a new wave of films that could use the SGIFF platform to be shown to the world.”

Who: Eysham Ali
Why: His film, Builders, is premiering as part of Singapore Panorama Shorts.
What: A fictional story about a migrant worker who finds a wallet and must decide between doing the right thing or keeping the much needed money.
What he says: “I’ve always felt migrant workers needed to have their story told. The film is about a journey shared by many of them, why they are here, what they do. It’s really a slice of life and the emotion that you feel will depend on how you view the decisions that [the main character] makes. I like to do non-dialogue narrative short-pieces, primarily because I use non-actors and also because this limitation allows me to be more creative about how I choose to tell a certain story. Non-dialogue is a challenge that I enjoy and I like shorts because they’re an opportunity to experiment with lesser financial risk. The festival is a great opportunity for younger filmmakers to converge, and acts as a stepping stone for a lot of us.”

Who: Jerrold Chong
Why: The director-animator recently graduated with a Bachelor of Fine Arts in Animation at CalArts and his thesis film, Eclipse (a poetic stop-motion animation), will be premiering at the Singapore Panorama Shorts. He is also competing in the festival’s Southeast Asian Film Lab, an intensive six-day story development workshop for filmmakers embarking on their first feature-length film.
What: Eclipse explores a father-son relationship after years of estrangement. It is set on the day of a solar eclipse, which coincides with an emotional revelation for father and son.
What he says: “Nowadays, we are being inundated by CGI films, but animated films can, and have to, go beyond being commercials to sell toys or simply seen within a ‘children's film’ genre. I believe animation has the power and potential to tell personal, mature stories, to both adults and children. Stop motion is such a fascinating medium, and while it can be tough and frustrating at times — on Eclipse, one hour of animating will give you just one second of footage at 12 frames a second — there is great satisfaction when it turns out right. Seeing a still, static puppet come to life on screen is like seeing magic right before your eyes!”

Who: Toh Hun Ping
Why: He is one of the most innovative video artists in Singapore, and has had his work screened at international experimental film festivals in Bangkok and Paris, and presented in many art venues.
What: Covets of an Outsider: Showcase of Works by Toh Hun Ping is a mini-retrospective of his experimental films created between 2004 and 2009. The works will be presented at a special screening with live music.
What he says: “Don’t come with any expectations. There is a wide variety of moving images and I hope people can open their minds to mine. My works are rather visceral, they are really visual music — by that I mean it’s like listening to music but using your sense of sight — there is no narrative, you don’t experience a story, but it’s still a spectacle to a certain extent. These video artworks are usually shown as single-channel projections in a gallery setting and experimental film festivals internationally, so to find my work presented among all kinds of other films is very different.”

Who: Gladys Ng
Why: The winner of the Best Singapore Short Film award last year, she was commissioned by SGIFF to produce her new short film, Pursuit of a Happy Human Life, which will premiere at the festival.
What: Two best friends spend their last moments together as one waits to sit for the O-level examinations, and other prepares to move overseas.
What she says: “SGIFF plays a big role in supporting emerging filmmakers by putting them in the spotlight and giving them a platform for their works to be seen. Audiences also can get to know more about the up-and-coming filmmakers with the festival’s New Waves programme [a series of dialogues with young filmmakers in the run up to the festival].  I think exposing the viewers to more films and filmmakers can help broaden the way they watch and understand a film.”

AS FIRST WRITTEN FOR IMDA.gov.sg