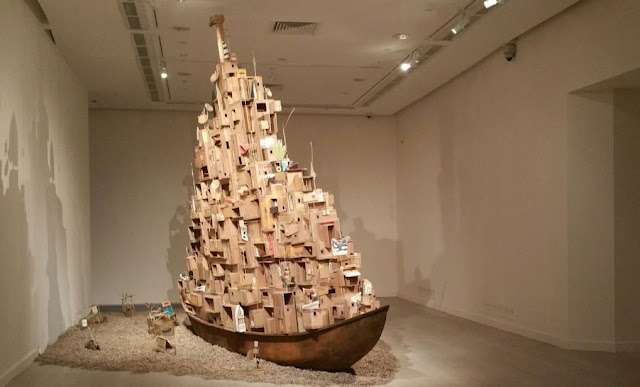 Though not linked to the Singapore Biennale 2016, opening in October and curated around the theme of "An Atlas of Mirrors" in reference to the similarities and differences between people and across cultures, the Singapore Art Museum is opening an exhibition mapping the seas, which could be a prelude to the biennale.

For contextual information to the exhibition, the “research room” features a few navigating tools on loan from the Republic of Singapore Navy Museum — an incandescent search light, a ship’s bell, a compass — along with a research library that visitors can browse before going on a journey to the Arctic Circle with Singaporean artist Wyn Lyn Tan’s time-lapse video, Adrift, in which she captures the harsh sea and color-washed landscape of the region from a cabin porthole, along with the vibration sounds of the ship’s engine coalescent with the gentle lapping of waves.


Elsewhere, Thai artist Pratchaya Phinthong takes viewers through space, focusing on his research on Kepler-22b — a planet some 600 light years from Earth that is believed to show signs of water on its surface. In his work, visitors are invited to view a painting of the planet through a moveable window pane filled with sand, water, and air as the artist aims to translate the possibility of habitation of the far away planet in a tangible representation.

Some artists address more environmental concerns. The installation “Ocean’s Room” by Singaporean artist Ashley Yeo and Korean artist Monica So-Young Moon has white porcelain whales hanging from the ceiling over a sea-shell hairpin that seems at first glance rather whimsical but the nearby video projection of “marine snow”— the organic debris — on a giant funereal-like white dress gives the work a more somber feel of the disappearing beauty of oceanic flora and fauna. Pakistani artist Rashid Rana’s “Offshore Accounts” is a large seascape created from thousands of tiny images of trash, alluding to the wastefulness of our consumerist society, while a few small colonial-era ships sprinkled throughout the work reflect on earlier damage through globalization. 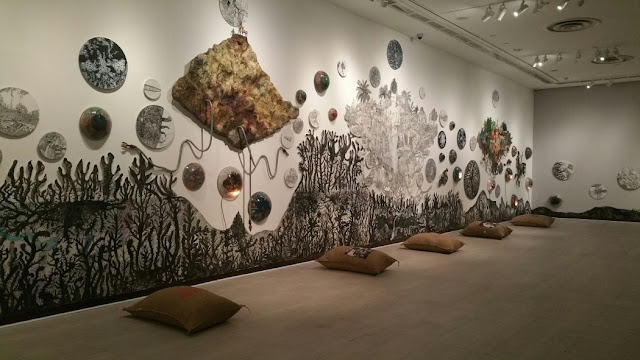 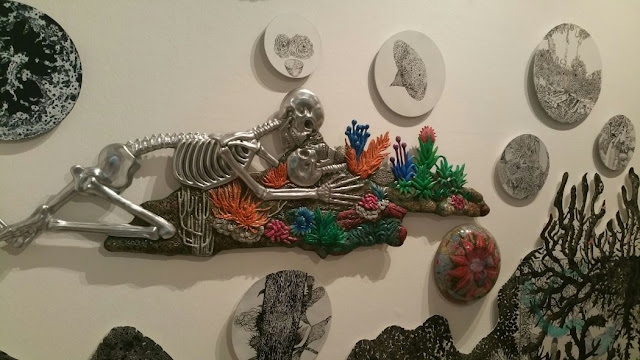 Amongst the highlights of this exhibition, Indonesian artist Entang Wiharso’s “Breathing Together” stands out. The large underwater “memory-scape” is a mixed-media mural that uses his usual surrealistic and busy iconography to mix a national narration of Indonesia’s many islands, the historical importance of its sea lanes and the government’s policy of disposing of becaks (pedicabs) in the sea; along with a more personal narrative about his mother’s recollection of the Japanese occupation and a childhood trauma of almost drowning.

Husband-and-wife artistic duo Alfredo and Isabel Aquilizan have also created an impressive large-scale installation. Theirs explores the issues of migration and social dislocation of the Filipino diaspora, which they themselves have experienced having migrated to Australia in 2006. Repurposing small cardboard boxes – an allusion to the boxes of goods Filipino overseas workers send back home to their families — they created a shantytown perched precariously atop a long wooden boat that highlights to the precarious journeys made by millions of Filipino migrants. “Passage III: Project Another Country,” 2009, has already traveled to several cities and in each one, the couple has involved local communities to create and add
small boats to the initial installation, thus allowing the piece to be ever more connected to communities around the world as well as connecting these different communities through the installation. 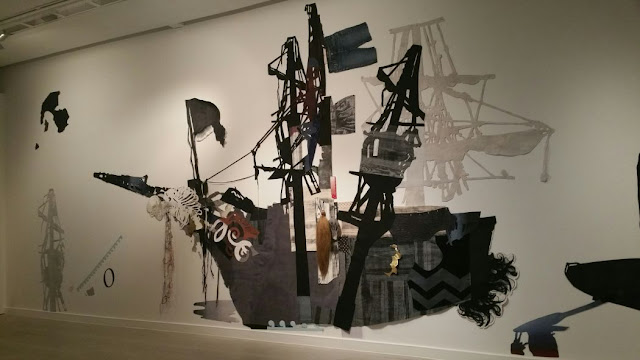 Australian artist Sally Smart addresses another type of perilous journey in “The Exquisite Pirate: Odyssey,” collages of cut-out fabrics, painted canvas, and wooden board that create Galleons and brings to mind image of colonialism. Smart has been interested in exploring women's neglected histories, in this case female pirates, but the work is also one of personal journeys. As the artist travels the world, she uses fabrics inherent to the location she’s in, and some of the ships in the gallery are made using distinctive Batik prints she collected during a recent stay in Indonesia.


Vietnamese-American artist Richard Streitmatter-Tran explores the idea of interconnectivity and the way that animals have influenced humankind with “A Short History of Man and Animal,” a life-size narrow wooden boat with a set of whale’s vertebrae (in unfired clay) placed within its hull. The shape of the long boat echoes the torpedo-like shape of the whale, while its keel mirrors the whale’s spine. 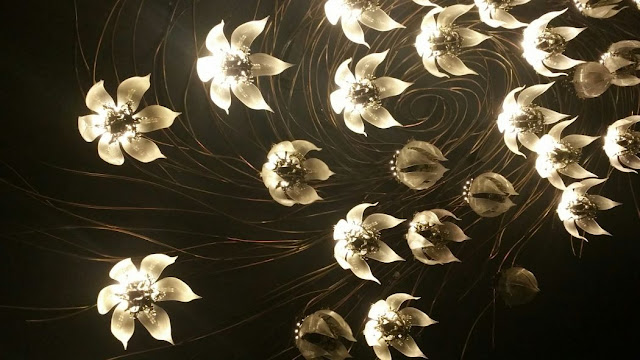 Meanwhile, the visually pleasing biomorphic kinetic sculptures by Korean artist Choe U-ram are a show stealer for the shear sense of wonder they generate. “The Utlima Mudfox,” 2002, is a strange looking creature that the artist envisaged as underground futuristic companions chasing after his subway train in Seoul, very much as dolphins might accompany boats, and “Una Lumino Callidus Spiritus,” 2016 resembles a colony of mechanical barnacles that slowly illuminate, reacting to one another randomly in the otherwise dark space

As first published for BLOUINARTINFO.COM