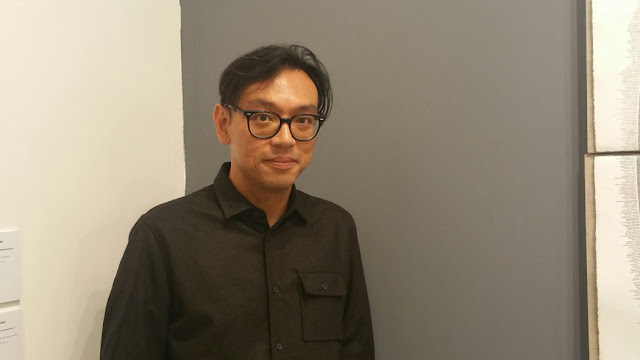 Very little is known about Lai Teck, the Secretary General of the Malayan Communist Party between 1939 and 1947; even his real name is a matter for debate as he had 50 other alias. Yet he played a key role in post-war Malaya as a triple agent, working first for the French and British secret forces, and then with the Japanese Kempeitai during the years of the Malayan Occupation.

Appropriating and re-contextualizing scenes from 16 different films featuring Hong Kong actor Tony Leung – from the 1989 “Citi of Sadness” by Hou Hsiao Hsien to the 2007 “Lust, Caution” by Ang Lee and 2013’s “The Grandmaster” by Wong Kar Wai — Ho created a video artwork that is as much a story of an ambiguous character as it is about the ambiguity of storytelling. “The work is not just the act of telling you a story, but questioning the very act of what it means to tell a story.” He says.

Explaining how he sees a “big difference” between the way visual artists and film makers engage with stories he says, “Film makers tell stories with a lot more faith in the arc of the narrative; when it comes to the visual arts, we are sometimes more reflective and critical about the process of telling stories.”

The Berlin-based artist adds, “My biggest hope for ‘The Nameless’ is that it can do both at the same time — that is, telling a good story that is entertaining but at the same time, it’s putting in doubt all these strategies of how we tell stories.” 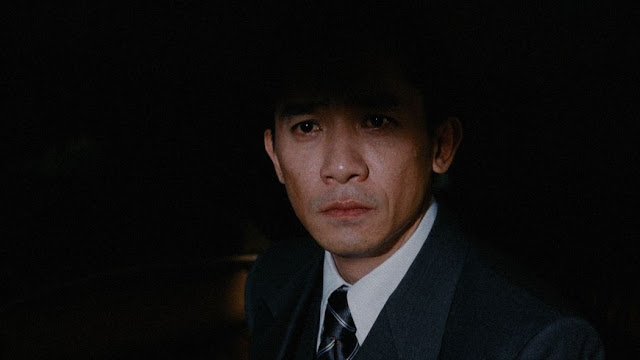 Ho first emerged on the international art scene in 2009, when his film “Here,” a drama about patients in a psychiatric clinic, was shown at the international film festival in Cannes. He then represented Singapore at the 2011 Venice Biennale with an immersive audio and visual installation titled “The Cloud of Unknowing,” a tableau vivant of various people living in a low-income apartment building in Singapore. Last year, he won the Asia Pacific Breweries (APB) Foundation Signature Art Prize for his video installation “Pythagoras,” which explored the idea of disembodied voices and used scenes from films such as “The Wizard Of Oz” and “2001: A Space Odyssey,” and he also participated in the artist residency of the Berliner Künstlerprogramm, one of the most prestigious residencies in the field.

Emi Eu, director of STPI, which is presenting “The Nameless” at Unlimited, says she first saw the film in Osaka last July and was impressed by its artistic quality: “It’s very intelligently edited and appropriated, and the storyline of the triple agent is really very interesting.” 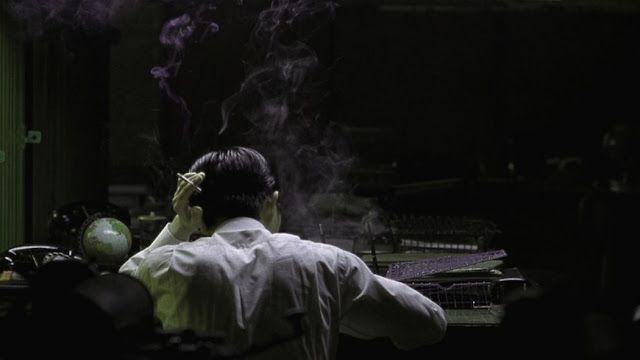 Ho says he became fascinated by the shadowy character because he played such an important role in a pivotal moment for the Malayan Communist Party in 1945, when the Japanese had just surrendered and the British had not yet returned: “There was a brief moment of power vacuum, when the communists who were fighting the Japanese were armed and could have taken over, but didn’t do so because Lai Teck dissuaded them because he was working for the British. He was only discovered to be a traitor [to the communists] in 1947, by which time the communists had lost the initiative.”

Ho says he sees in the character as representing all the political forces that affected South East Asia in that period.

“The idea came out just out of interest about the history of communism and ‘the left’ in Singapore. Of course all of this information is a bit semi-repressed up to now, although you can see over the years, they are slowly relaxing on this period of our history,” the artist recalls, adding the work is based on information he managed to piece together through his own research, conceding “as most of the information comes from other double agents, informers, we have to question how truthful the information is. All that we know about these figures from the period is highly mediated by the police [officer] who was writing the report, and the scholars given access to the secret archives. All this information is highly interpreted and that’s also one of the great fascinations for me.”

When fantasizing about who could play Lai Teck in a film, Ho says Tony Leung became a “natural choice” though this may have been because he had just seen “Lust, Caution,” in which Leung plays a traitor.

“Leung played informant types of characters at least three or four other times. And he has a rather unique acting style, a certain restraint with passiveness, yet at the same time a kind of anxiety sometimes that you see behind the eyes,” Ho remarks.

To create “The Nameless,” Ho watched back Leung’s films, and then started cutting out scenes and classifying them under broad categories, while working on the script at the same time seeing “how the classification and scenes could come together,” adding “It’s a puzzle but with no final images. Even the video is ending extremely abruptly, unresolved, because the character’s ending is also unresolved. What we know of [Lai Teck’s] ending came from his successor, who also heard from other people. So this man who led the very ambiguous life of a triple agent also had an uncertain end, and that was the only way to end the film.”

AS first published for BlouinArtinfo.com