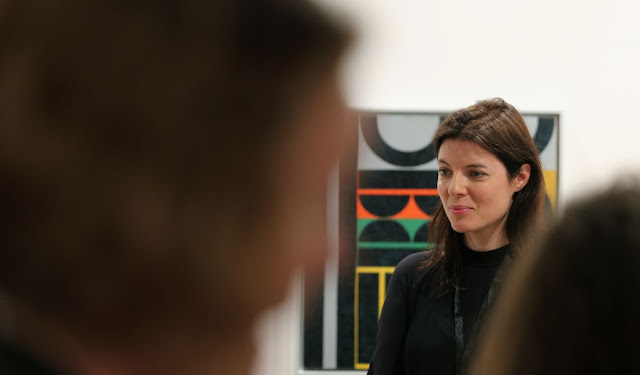 Art Dubai 2016 is being heralded as the most internationally diverse edition to date, with galleries from Ghana, Lithuania, Oman, Palestine, and Sri Lanka, participating for the first time.

Running March 16‒19, the bulk of the fair remains dedicated to contemporary offerings (73 galleries) , but Modern Art will not be forgotten with 16 galleries presenting modern masters from the Middle East, Africa, and South Asia. Marker, the fair’s curated gallery program, is dedicated this year to the Philippines and is curated by Ringo Bunoan.

As Art Dubai gets ready to celebrate its 10th anniversary, we talk to Antonia Carver, who has been the fair’s director since August 2010, discuss the evolution of the contemporary art fair and the state of the art market in the Middle East:

How is the state of the art scene in the Middle East?

The scene here relies both on seasoned collecting families, and on a young, extraordinarily cosmopolitan and ambitious community that is art-savvy and hungry to be connected with the wider world of art. The scene is also extraordinarily broad. We’re talking about a constituency for the fair that stretches across three continents, from West Africa through the Middle East to Central and South Asia, with Dubai as a travel and cultural hub in the middle. The exciting thing is not the maturity but the potential. Galleries around the world right now are looking for markets that are diverse, entrepreneurial, and growing; places where institutions are being built, and that produce great artists and have an edge, a capacity for ideas.

And how is the market for the Middle East’s artists fairing?

We’re in a period of incredible growth in awareness and recognition for artists from the Middle East. Ten years ago, in a post-9/11 era, the international scene was still getting to know artists from this part of the world and often through generalist group shows. Nowadays, and this is growing all the time, artists from the region are acquired by museums, win awards, achieve solo shows at major institutions. They’re not exotic seasoning, but understood as vitally important artists in their own right. At the same time, the local and regional appetite and interest for contemporary art is growing rapidly, and this is even before or amid museum-building in the Gulf and elsewhere.

The fair is celebrating 10 years, how much do you think it has changed?

Fundamental shifts have taken place in the art world since 2007, shifts that Art Dubai has both reflected and acted as a major catalyst within. There’s now a widespread recognition that the art world is one of multiple centers, and that the arts scenes of the Middle East, South Asia and Africa are of crucial importance. We’re proud of the role we’ve played in this and the way Dubai acts as a cultural, as well as economic and tourist hub in this wider region. The rhetoric around the fair has shifted over the past 10 years from “East meets West” to something more complex. Our galleries come from 40 countries. I think we can say Art Dubai is the most global of fairs; people often expect the Gulf to be an importer of models from elsewhere, but we’ve tried to produce a fair like no other and, with our wider talks and commissioning programs, become a net producer and exporter of ideas and works.

What is unique to this year’s fair?

The fair itself! And then the Marker focus on artist-run spaces in Manila — a first for any fair; the Atassi Foundation presenting an interactive space and commissioned films that preserve and narrate Syrian modern and contemporary art; the Global Art Forum’s theme of futurism, both then and now; and The Wedding Project — an Art Dubai Projects collaboration with Delfina Foundation that sees 10 artists create a bar and banquet hall that marries food and art…

Do you have any advice for new collectors attending the fair?

Take a tour! Our own team is supplemented by curators and advisors who’ve done their homework and can take you through the fair, catching smart young galleries from cities like Beirut, Ramallah, Mumbai, Accra, Vilnius, Tbilisi, as well as renowned names from Europe and America, many of whom put on special shows for Art Dubai. And take your time. Don’t miss the Global Art Forum or the punchy lineup of major collectors at our Terrace Talks. Join the trips to Sharjah Art Foundation — opening a raft of great new shows just before Art Dubai — and to Abu Dhabi. Tack on a quick flight to Doha, Beirut, Baku or Tehran, taking in major museums and exhibitions. Come with an open mind; this is a fair of discovery.

The current business environment is proving tough for many fairs. Has this impacted your fair?

We haven’t had galleries drop out or reduce their booths this year, to date. We’re blessed with strong partners — The Abraaj Group in particular, and Julius Baer, Piaget, and a supportive government too. These are tough times globally, but speaking to economists, galleries and collectors here, we’re positive. We’re in a region that has pockets of strong growth.- See more at: http://sea.blouinartinfo.com/news/story/1340374/art-dubai-2016-an-interview-with-fair-director-antonia-carver#sthash.43AlNApk.dpuf