Jean-Pierre Roc-Roussey on his “Messengers” at Opera Gallery 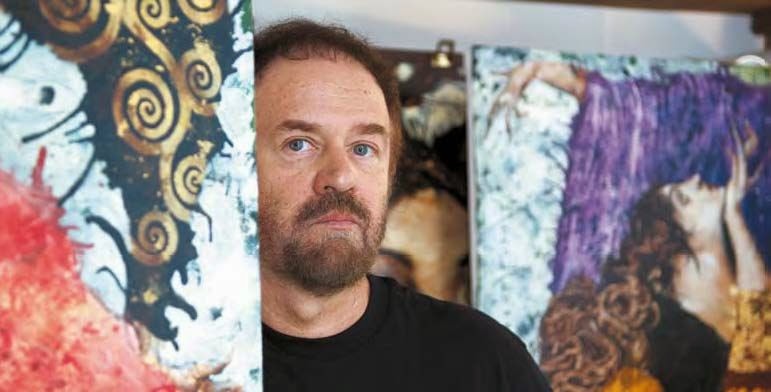 French painter Jean-Pierre Roc-Roussey has just opened an exhibition of new works at Opera Gallery in Singapore around the theme of “The Messengers.”


Running until December 7, the exhibition features 18 paintings showcasing the artist’s baroque aesthetic with colorful ‘messengers’ atop noble steeds or elephants roaming natural landscapes. Throughout most of the series a small blue-feathered bird (as a symbol of freedom) is seen as their constant companion. “The bird is actually the message they are delivering,” the painter explains.
The artist has long been influenced by mythology and oriental civilizations, and previous series have included women dressed as Samurai and Apsara dancers. His figures are characterized by slim elongated torsos and disproportionate limbs, with a liberal use of rich color and gold leaf.
For this series, the artist says he was influenced by Indian miniature paintings and their jewel-toned palette, as well as Mongol imagery including riders and archers.
“I usually start with a very small sketch which has the general idea. It’s very simple, but when it’s right I just know it, because all the proportions are already there,” he explains.
Roc-Roussey primarily uses a glazing technique to build up the colors, super-imposing layer over layer of transparencies over a darker background.
He is planning to work on a new series inspired by Samurai in 2015.