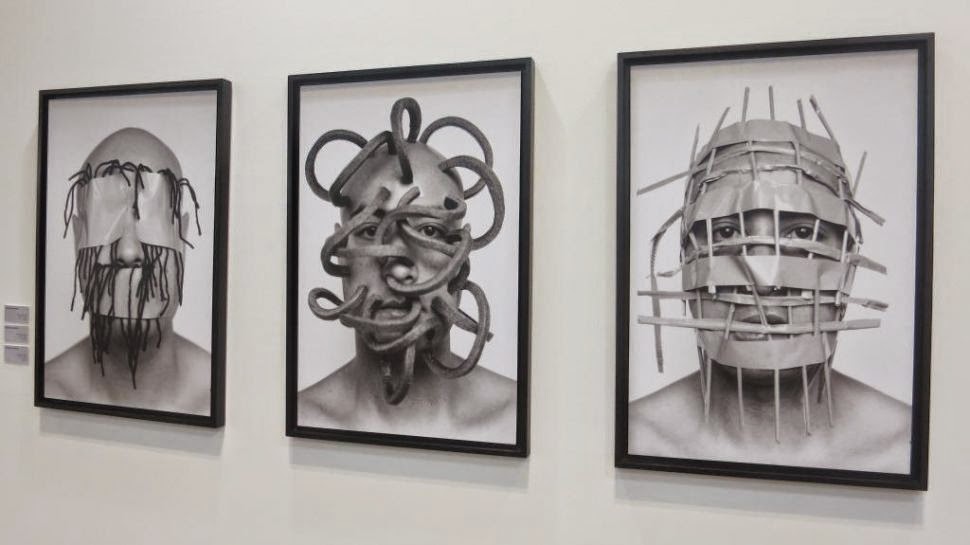 The inaugural Singapore Art Fair, which opened its doors to the public on Friday (November 28), offers an opportunity to discover artworks from the Middle East.


The new fair is in appearance quite similar to the annual flagship international art fair, Art Stage Singapore, with large white booths set under the high ceilings of the renovated Suntec (instead of Marina Bay Sands), clear corridors with large sculptures for visual impact installed throughout, and a few “country” Pavilion (here Lebanon and the Middle east).
Where it differs from larger fairs is in its welcome boutique approach with fewer than 60 galleries, which makes the fair easily navigable.
There is, as expected, a sizeable contingent of art from the Middle East, though there is still plenty of Indonesian, Japanese, Korean, and Singaporean artwork that is familiar to visitors.
Whether Asian collectors will bite will be seen by the amount sold at the closing of the fair on Sunday, but there is also a variety of works that will raise interest in areas that are relatively unknown to this region’s collector base and the impact the fair has here will be judged over a longer time frame.
Amongst these less familiar works is a large wax and pigment on wood work by Mahi Binebine, a Moroccan painter and novelist whose works can be found at the Guggenheim in New York, as well as strong photographs by Hicham Benohoud, a Moroccan artist known for self-portrait studies on identity and individuality.
Also of note is a large installation of giclee prints on aluminum, A nation’s Inflation, by Lebanese artist Alfred Tarazias well as a wall installation, War Victims, 2013, by Lebanese artist Bassam Geitani using a mirror, stainless steel, and wrought iron.
A must-see is the pavilion dedicated to the works of the late Malaysian artist Ibrahim Hussein with seven very large works that underline his concerns later in his life about social and political changes.
All in all, a good opportunity for collectors to discover new artists.