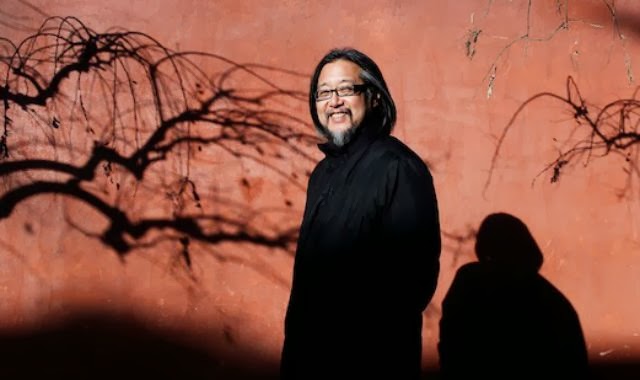 One of the most well-regarded contemporary Chinese-language playwrights, Stan Lai has written over 30 original plays, some of which have already become “classics” — such as Secret Love in Peach Blossom Land (1986), about two theater companies booked into the same rehearsal space, and the three-hour epic The Village (2008), about life in Taiwan’s Dependents’ Villages. But many consider the eight-hour epic play Dream Like A Dream (2000) his magnum opus, with some comparing it to Peter Brook's 1985 Mahabharata.


First staged in Taiwan in 2000, “A Dream Like A Dream” will be the must see show of the Huayi – Chinese Festival of Arts in Singapore February 6 to 16.
Lai’s play features 100 characters (played by a cast of 29 and dressed by Oscar-winning costume designer Tim Yip), whose lives and dreams are interconnected over time and space. The director has previously explained in various interviews he was inspired while visiting the Mahabodhi Temple at Bodhgaya, India, with further inspiration coming from The Tibetan Book of Living and Dying. The length may put some off, but as Lai told the Taipei Times in 2013, “When you fall into the spell of this show, you won’t feel the length at all.”
An eighth-hour play…what were you thinking?
Not thinking … It all came to me in one dense inspiration.
Fundamentally, what is the play about?
“In a story, someone had a dream; in that dream, someone told a story.” To truly understand the story of a character, we might have to pass through the stories of other characters. A Dream Like A Dream is about recurring patterns of life, of violence, and ignorance, of love and illness.
The play offers an immersive 360-degree view of the performance through a “Lotus Pond” seating area on stage. Where did the idea for that come from?
The staging affords the opportunity for actors to surround and circle the main audience, in all sorts of tempo and configurations. I wrote the outline for the play sitting next to the Mahabodhi Stupa in Bodhgaya, India, the site of Buddha's enlightenment. At such a site, pilgrims circumambulate the holy site, keeping the holy object to their right hand side. I believe that the primal function of the theater is to make the audience the "holy object" and what we do is an offering to them. Modern theater has often lost this function, and this staging, putting the audience in the "lotus pond," as it has been referred to, brings theater back closer to its ritual functions.
Have you used this staging device before?
I staged another play of mine, “Stories for the Dead” (later titled Like Shadows), that was performed at Stanford this way and I am devising a new work for the earthquake devastated town of Yushu in Qinghai Province in China, in this configuration.
What do you hope the audience takes away from “Dream Like A Dream”?
I never assume my work will do anything for an audience. However, audiences for this play, since 2000 on, have gotten anything from a life-changing experience to deep satisfaction that they survived an eight-hour play.
What else are you currently working on?
For the first time in a while I will be directing the work of others — Chekhov's Seagull together with a charming play based on love letters between Chekhov and his wife Olga called I take your hand in mine. The premiere will be on March 14 in Beijing, two shows on one ticket.
Your Taipei-based company, Performance Workshop, turns 30 this year. How are you celebrating?
Not much, don't want people to think we're old! We just continue to work on in our very experimental approach that strangely has crossed over into the mainstream.
Describe a typical day in your life?
Lots of work, leaving some time for Buddhist practice, or practice while working.
What's the last play that you saw?
Ruan Ling Yu at the Beijing People's Art Theater.
What was the last play that surprised you?
Those produced by the finalists for the Young Theater Competition at the Wuzhen Theater Festival last year of which I was founding artistic director and part of the jury for the competition. The directors devised new works under a loose topic we gave them, along with a list of mandatory props, and they all surprised me for being inventive and witty. The performances were one of the highlights of the festival.
What would you like to write?
Plenty in my drawer! One, titled Ago, is to be based on stories and fables in Buddhism.
Where are you finding ideas for your work these days?
All around. I have learned that there is no hierarchy for inspiration, meaning what may seem to be a grand story with presidents and assassins may be a dud, and what may seem inconsequential like a ray of sunlight may be priceless.
What’s your favorite theater and why?
Still on the drawing board -—a theater specifically designed to perform “Dream like A Dream” in Shanghai. It’s due to be built by 2017. I have been blessed and cursed at the same time to be performing in large grand spaces all the time. I yearn for smaller venues.
Do you collect anything?
I’ve been collecting guitars recently.
What's the last one you purchased?
A 1965 Gibson Hummingbird — I used to play a fake one in my playing days in college in Taipei so it was nice to get a real one.
What about artworks?
I recently purchased on eBay the series of Marvel comics from the ‘60s called Nick Furry, Agent of Shield drawn by Jim Steranko, who was a great inspiration to me in my formative years.
To see some photos of “Dream like A Dream” click on the slideshow.