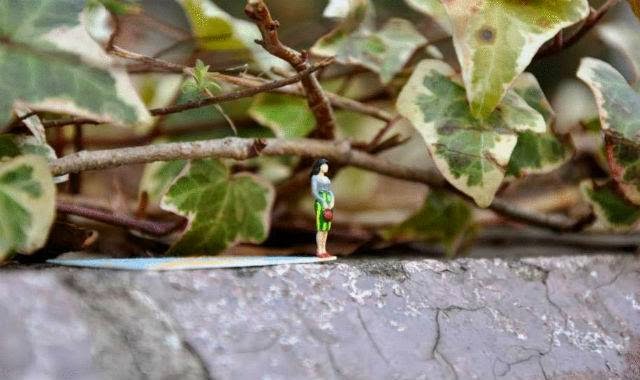 Over the last 10 years, the annual M1 Singapore Fringe Festival has made a name for itself with its socially conscious and often edgy programing and strong community engagement. So it is befitting that to celebrate its 10-year anniversary, it embraces the theme of “Art And The People,” offering many performance with public inter-action.
Organized by theatre company The Necessary Stage’s artistic director Alvin Tan, resident playwright Haresh Sharma and general manager Melissa Lim, the festival features 15 works, 31 perforamnces and 4 exhibitions. I’ve picked up 3 that I know will be must see:

-   “Best Of” -  The one-woman show, first performed last year, was written for Singaporean actress Siti Kalijah by Alvin Tan and Haresh Sharma. Kalijah is one of the most versatile local actresses (the hillarious image of Kalijah as Mother Goose trying to lay a golden egg in the Christmas pantomime Jack and the Bean Sprout remains etche in my memory). Her account of being a young Malay woman in Singapore draws on stand-up comedy elements. (Jan 10-12, Esplanade Recital Studio)

-    “Foundin” by Tan Wei Keong will involve the placement of 1,000 small plastic figurines in public spaces (libraries, shopping malls) across the island to be discovered by passers-by who are invited to engage with the person behind each figurine. The work is meant to make us explore the city in detail and look at art on a different scale. In an age of social media, the interactive art installation is also a means to get to know someone new as each figure has already been “adopted” online and a special message has been left for the finder at www.foundin.org. (Jan 8-19)

-     "An Enemy of The People"  -  A Mandarin adaptation of Norwegian playwright Henrik Ibsen's 1882 play about political and social morality. Directed by Nelson Chia and performed by Chinese-language theater group Nine Years Theatre, the play’s socio-political commentary remains as relevant today as it was in the 19th century. The realist play tells the story of Dr. Stockmann, a man who realizes that industrial waste has poisoned the water in the public baths of his coastal town, which relies heavily on tourism. As he campaigns to clean up the baths, he finds himself cast as the villain of the story due to the financial implications closing them will have on the town. (Jan 8-11, Gallery Theatre at the National Museum of Singapore)