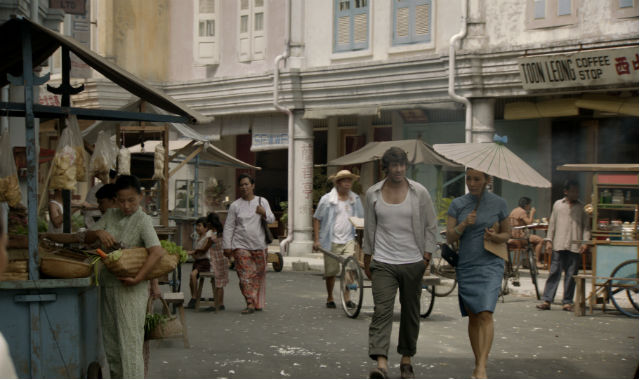 HBO Asia is hoping to tempt cable television viewers with a new show that promises to have a mix of action, political drama, suspense, and romantic intrigue set in Singapore, in 1964.

The ten hour-long detective noir series, “Serangoon Road,” is HBO Asia's first original drama series. It was co-produced with Australian Broadcasting Corporation Television (ABC) and will premiere in Asia on Sunday, September 22 on HBO.
Shot mainly in Batam in Indonesia, with some location shoots in Singapore, such as the Raffles Hotel, the fictional series is set at a time when political tension in Singapore is running high. British colonial rule is gradually drawing to an end and Chinese gangs are fighting to control the streets.
The show features Sam Callaghan — played by Australian actor Don Hany — who reluctantly agrees to take over the private detective agency of his neighbor, Patricia (Joan Chen) after her husband dies in mysterious circumstances. The agency’s cases range from tracking straying spouses to investigating political conspiracies.
In a roundtable interview, Hany describes his character as a man “on the run,” who has a fear of failure and feels “his life is a series of traps.”
The Australian actor drew parallels between Hany’s character and his environment. “Singapore was in a real state of flux, it had no defenses, it was run by the triads and had been rejected by everyone at the time, and it’s a painful period for it to grow out of. And that’s why I think it makes sense for this character to feel so unwanted and yet at home in Chinatown,” he explains.
Along with Hany and Chen, Serangoon Road’s cast includes Hollywood-based Singaporean actor Chin Han (soon to appear in the Captain America sequel) playing the dangerous grandson of the head of a secret society, and rising Indonesian star Ario Bayu whose fictional character is the first Malayan inspector in the colonial-run Malaya police force. “It’s a character who has a lot to prove to society, but also to himself.” Bayu says.
Bayu recently co-starred opposite Mickey Rourke this year in Conor Allyn’s terrorist-thriller “Java Heat,” and will next be seen in the lead role of the biopic “Soekarno: Indonesia Merdeka,” to be released in December. To see scenes from the series, click on the slideshow.