ArtScience Museum to Debut Sound of Ikebana by Naoko Tosa 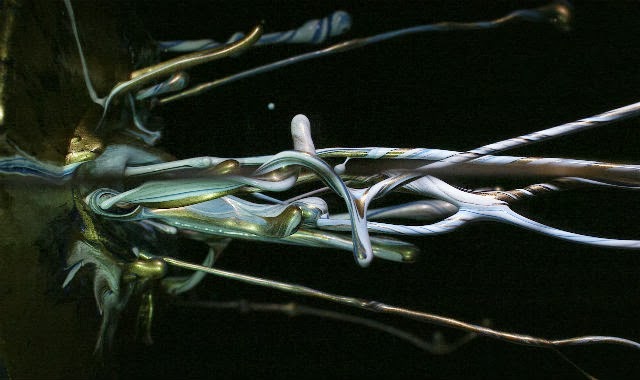 Shot at 2,000 frames per second, “Sound of Ikebana” is a series of four videos that capture the vibrations of kaleidoscopic paint caused by sound waves and take viewers on a journey that begins with spring’s cherry blossom and apricot flowers, moves to the blossoming morning glory flowers in summer, red leaves in fall, and the cool camellia in winter.

Tosa has been exploring the relationships between image and sound for over 20 years and by applying sound vibrations to fluids of various viscosity and color, he is able to generate intriguing paint patterns, which are beautifully captured then played back in slow-motion.

With the main theme of four seasons, each video is presented alongside relevant poetry by three famous haiku masters: Matsuo Basho, Yosa Buson, and Kobayashi Issa.

“I hope that all visitors will enjoy and see the connection between the videos’ artistic values and the technology involved in capturing a natural phenomenon that has often been overlooked,” the artist said.

As part of the showcase, two limited-edition scarves depicting Naoko Tosa’s digital works will also be sold exclusively at the museum shop.