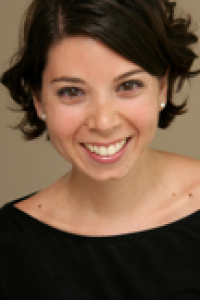 An interview with the theatre director of the upcoming 8 WOMEN

Within the first ten minutes of Robert Thomas’ 1958 play, Huit Femmes, a man is stabbed brutally in the back and the eight women in the house (two daughters, a wife, two servants, a mother, a sister in law and a sister) are left alone — snowbound and with the phone line cut — to accuse each other. This classic whodunit became an acclaimed musical comedy when Francois Ozon brought it to the screen in “8 Women” in 2002 with French movie stars including Catherine Deuneuve, and the play reclaimed the stage in the UK in 2012 with a new translation by Donald Sturrock. ARTINFO talked to Samantha Scott-Blackhall on staging a Singapore version.

Which script are you using, the original from 1950s or the more recent one?

The Donald Sturrock translation. The script I was given is set in the 1970s but I have chosen to set the play in the 1950s. The reason for doing so is because I feel that the inherent themes in the script; keeping up appearances, dark hidden secrets, murder-mystery and mayhem works so well when set in the fifties! It allows me to impose a film noir concept to the production too.

What attracted the work to you?

Nathalie Ribette, Artistic Director of Sing'Theatre passed both the play script and the film to me. She must have known that the murder-mystery-comedy part would appeal to my taste buds! When I started reading, I was hooked. Who did it? I figured my own appeal and interest in the suspense of the plot would be similar to the audience’s watching. On top of which there are eight suspects, all women! The plot thickens and unravels at every corner. Not forgetting, guns, poison, red lipstick, and high heels!

Is it a classic Agatha Christie-like thriller?

There's much more comedy injected into this play than an Agatha Christie thriller. As more and more secrets spill out of the closet, the more ridiculous the situation gets and therein lies the comedy. However directorially I've taken a leaf out of Agatha Christie’s and Hitchcock's books ... and that's my own secret to keep till you watch the play!

In your view, beyond the whodunit, what is this play about? What is the message to take away?

The play explores keeping up appearances, jealousy, delusion, love, it suggests the devastating result of keeping secrets and it is a terrible reminder how well people lie. Having said that, the play can't be taken too seriously! The story approaches these themes in a humorous, laugh-at-ourselves way.

Some may argue the play has a lot of stereotypes about women, the cheating wife and money-grabbing sister-in-law?

It's true! The lying, cheating, greedy, stingy, vain, screaming, needy woman is seen. But you also see the strong, independent, vulnerable, aspiring woman who wears her heart on her sleeve for all too see. After all, no one is perfect, are they?

Have you made some local adaptations?

The play is set in France and the murdered father’s from France, too. However the family on the wife's side is Singaporean Chinese and the children Eurasian. And seeing as the family originates from Singapore, it made sense to have an Indian housekeeper played by the very funny Daisy Irani.

What's your favorite line in the play?

The sister-in-law has a great one, she has a very melodramatic moment. I can’t say too much but she falls to her knees and says, "I shall leave the world as I came into it, without help, without assistance, all alone!" Which implies she birthed herself, it reflects how ridiculous the play gets.

What's the main difficulty in directing this piece?

We're just having so much fun! The eight actresses play a game called "Who will corpse first?" to 'corpse' refers to laughing out of character on stage when you should be taking things seriously. And there are so many hilarious scenarios that lead the actresses to 'corpse'. Of course in rehearsal they can let loose and laugh about it, but when they are performing they are going to have to hold it in!

What's the strength of the script?

The constant reveal, there's never a dull moment in this play. There's always a new piece of the puzzle that is exposed, leading the audience towards the murderer.

Previously, you directed several all-male casts. How is the directing experience proving different with an all-female cast?

Directing men is so much easier than directing women! Men tend to agree and get on with it. Once I appeal to their 'practical' nature no questions are asked and we move quickly on to the next challenge. Women however are very passionate. Every moment is questioned and debated and turned upside down, everyone talks at the same time and then ... we have coffee (Bon Cafe of course!) and gossip about something completely unrelated! How any work gets done is beyond me! At least we're having a blast in the process.


As first run on sea.artinfo.com