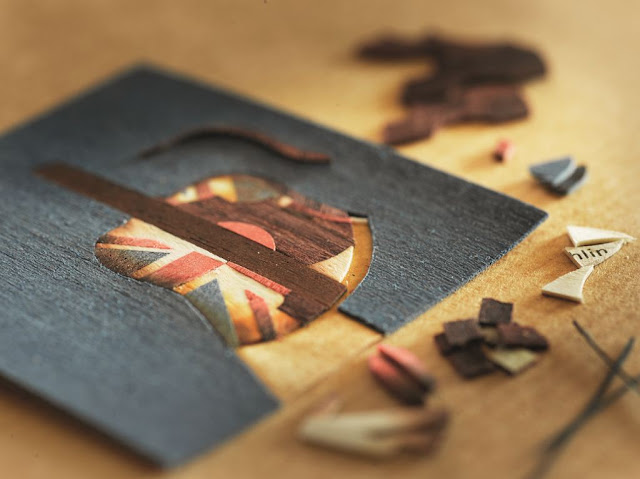 In recent years, several decorative crafts have enjoyed a growing popularity with Swiss watchmakers who have been applying age-old artistic skills on a miniature scale to adorn the dials of their high-end timepieces.


The art of guillochage — a hand-operated machine-turned engraving technique that produces precise, repetitive linear patterns — is one such traditional craft, first adopted in watchmaking by Abraham-Louis Breguet in the 18th century: Enameling is another. According to Carson Chan, Asia managing director for Bonhams, the first clock decorated with enameling probably dates back to the 16th century.

Mother-of-pearl and feathers became fashionable decorative materials for watch dials in the 1920s and 1930s, Mr. Chan said during an interview. Watchmakers have also embraced the use of straw and wood marquetry, although none of these have been as popular as enameling, he added.

The rising popularity of these techniques, known collectively as Métiers d’Art, was visible at an international fine watch convention, the S.I.H.H., last month in Geneva. Several brands took advantage of the platform to release collections that made rich use of these techniques, most notably enameling, marquetry and miniature painting. 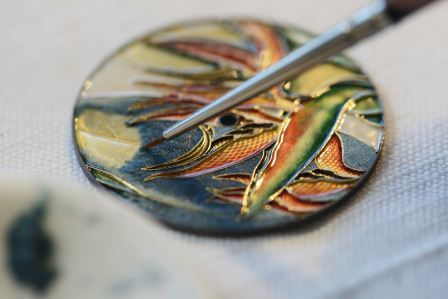 Métiers d’Art watches have been an important trend for several years,” said Christian Selmoni, artistic director at Vacheron Constantin. “And it seems that the interest from the public and our clients is still growing.”

Mr. Selmoni said that in addition to a strong network of collectors and connoisseurs in Asia, a region that has long appreciated enameling work, the demand for “Métiers d’Art” watches had become more global.

“We have clients from all main areas asking us about such timepieces,” he noted in an e-mail.

Pierre Rainero, the style, image and heritage director at Cartier, said Métiers d’Art watches generally appealed to customers because of their uniqueness.

“Even if these watches are made in a limited edition, each is still one of a kind, because of the slightly differences in colors and proportion,” he said by telephone. “Plus, there is also a real appreciation right now for high-quality work done by hand,” he added.

In January, Parmigiani Fleurier introduced its first watch dial in wood marquetry, a delicate technique that pieces together jigsaw-like slivers of wood to create an image — in Parmigiani’s case a stylized guitar and a flag, intended to evoke the spirit of music.

Cartier, not to be outdone, made extensive use of stone-setting, miniature painting on enameling and mother-of-pearl marquetry in the latest models of its ladies’ collection, Les Heures Fabuleuses, while Chaumet offered inlaid mother-of-pearl and miniature painting on several of the watches making up its whimsical collection, titled “Catch me if you love me. Precious.”

Van Cleef & Arpels also took advantage of the Geneva show to reveal some additions to its Extraordinary Dials collection, using a mix of techniques to decorate the watch faces with fairies, colorful butterflies and auspicious symbols like lilies of the valley, lotus flowers, dandelions and swallows.

Olivier Vaucher, a master engraver who worked on some of the Van Cleef pieces this year, said he had witnessed a “real renaissance” of Métiers d’Art techniques in fine watchmaking over the past 10 years. “This stimulates further research,” he said. “There is a consistent progress, and requirements are advancing, be it on the artistic or the technical level.” 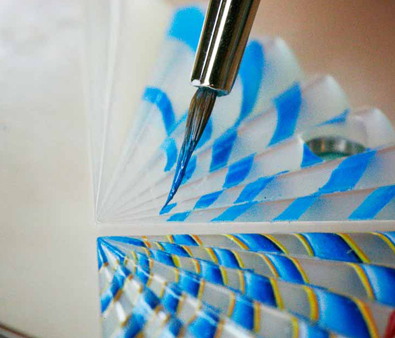 The skill is “as interesting as the enamel technique,” she said. “It offers the possibility of being applied on different types of materials and combined with different techniques.”

Mr. Chan, of Bonhams Asia, noted that antique and collectible watches with enameled cases or dials had been commanding high prices at auction. In 2009, a finely enameled Vacheron Constantin-Zheng He, one of a limited edition of 60 made in 2005 — paying tribute to the Chinese admiral and explorer Zheng He — sold at the auction house Antiquorum in Geneva for 60,000 Swiss francs, or $65,000, against an original estimate of 35,000 to 45,000 francs.

“Such watches appeal to buyers for their uniqueness. But there are other factors entering in. For example, if the subject matter and the quality of the work is top-notch,” Mr. Chan said.

“In general, enamel watch collectors are a little bit more sophisticated than the normal watch buyer,” he added. “They appreciate the mechanical value of the timepiece, as with the rest of the collectors, but they also appreciate the artistic value, the colors used and the level of work.”


A version of this article appeared in print on February 26, 2013, in The International Herald Tribune