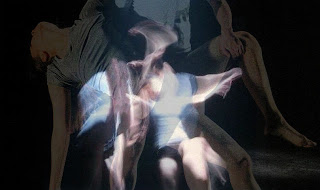 RELEASE 2.0, an annual contemporary dance production featuring works by independent choreographers and dance groups, is returning for its second run this March.Envisaged as an artistic platform to share thoughts and visions, RELEASE 2.0 will bring together five choreographers — Gianti Giadi (Singapore/ Indonesia), Yoshita Jacobson(Singapore/ Sri Lanka), Khairul Shahrin (recipient of ‘Most promising choreographer for SPROUTS 2012’) presenting his own piece and a separate collaboration with Hafeez Hassan(Singapore), and Peter Gn (Singapore) –and the Maya Dance Theatre and other independent dance artist. The overall theme will be how to define the concept of dance through personal experiences, creativity, and imagination.

“RELEASE was initiated in 2012 as a sharing space for choreographic presentations sprouting from various ideas and imagination by different dance-makers,” explained Kavitha Krishnan, Creative Director of Maya Dance Theatre, “With the success of the first RELEASE project, we are now looking forward to connecting with other new creations and works by interesting choreographers and dance makers.”

RELEASE 2.0 will be presented at the Substation Theatre March 21-23.

As first published on SEA.ARTINFO.COM