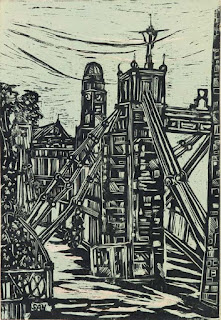 Many of the second generation artists in Singapore had their initial art education in the 1950s to 1960s atNanyang Academy of Fine Arts (NAFA) and studied underCheong Soo Pieng, Chen Chong Swee, Chen Wen Hsi andGeorgette Chen. Several of these younger artists later returned to the academy to impart their knowledge and skills and some like Foo Chee San continued to play a pivotal role in nurturing the next generation.


“A tribute to Foo Chee San: milestones and moments” pays tribute to this lesser known second generation artist, who played an important role in the local art scene as an educator in a career spanning over 50 years.

Organised by NAFA, the small exhibition presents about 40 works including woodblock prints, Chinese ink paintings, and oil paintings executed by Foo Chee San between the 1960s and 2004.

Foo graduated from NAFA in 1956 and like many artists of his generation, he enjoyed traveling in the region in search of inspiration. Some of his early woodblock prints are inspired by a journey to Japan, where Foo also learnt the technique of lacquer art. 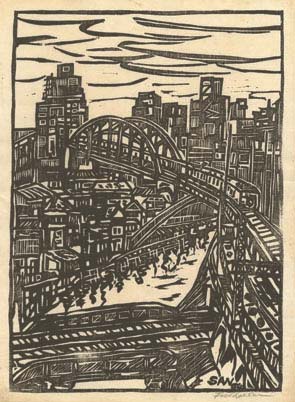 By the early 1960s, when he was starting his artistic career, many artists were ditching social realism with political impetus to focus on more objective narratives that directly reflected the nature of local communities, explains Angeline Tan, senior gallery administrator (Art Galleries) at NAFA

Foo was one of these artists, electing to depict the simplicity of local activities and local landscapes, especially in his woodblock prints, she adds. 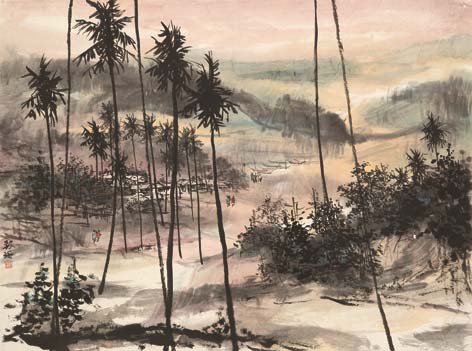 Towards the end of the 1960s, the popularity of the woodblock print declined as many artists experimented with other mediums. Foo, who was trained in Chinese ink and Western oil painting, embraced Chinese ink and color which was inexpensive and convenient for painting outside.

In this exhibition, landscapes of fishing villages in Southeast Asia, mountains in China and changing seasons in Japan, painted on rice paper, demonstrate his blend of western concepts of spatial perspective and shades with traditional Chinese brushwork. 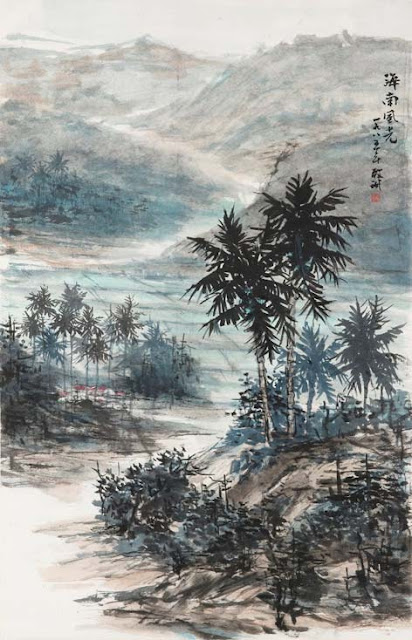