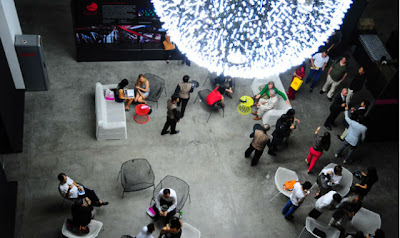 For its third edition, Art Stage Singapore will feature 120 galleries, with 75 percent of the exhibitors from Asia Pacific as the fair seeks to reaffirm its commitment to the Asian Pacific art market.

While about 70 percent of the galleries have taken spaces at previous editions of the fair; some of the international galleries attending Art Stage Singapore for the first time include Anthony Meier Fine Arts of San Francisco, Galleria Continua of Beijing, Kukje Gallery from Korea,Gallery Koyanagi of Tokyo and Timothy Taylor Gallery from London.

With 18 Singapore-based galleries participating for this upcoming edition, Singapore is, as might be expected, the largest participant by country, followed by China, Japan, Australia (with 12 galleries up from six in 2012), and the UK.

Art Stage is organizing special trips to the 2013 fair with groups of younger collectors coming from Australia, China, Japan, Korea, Spain, and the Middle East. “In total about 50-60 collectors will come in organized groups,”Lorenzo Rudolf, director of Art Stage Singapore said in an interview. Art Stage is also expecting the Southeast Asian acquisition committee from the Tate Modern.

“More than in the past, we really want to position Singapore as a place of encounter and exchange. That’s crucial in a continent that is so fragmented in national scenes. This is somewhere the strength of Singapore, it’s a multi-cultural site,” Rudolf said.

“To do a fair is not just to sell square meters of booth, it’s also important to bring the people together to match-make — the galleries, the collectors, and also the artists; a lot of them are going to come,” he added.

Rudolf said the collectors that accepted his invitation to Art Stage were attracted by the fair’s unique offering in Southeast Asian art: “It’s the only fair where people will see something new in this direction. It’s important to have an identity that differentiates us from other fairs and I believe for established collectors the main thing that is attracting them is Southeast Asian art.”

Some of the key projects within the fair will be Project Stage, a curated platform for 33 young artists, the Singapore Platform, another curated exhibition to present the most exciting local artists, and the Indonesian Pavilion, a curated showcase of 36 Indonesian artists and art, as well as four Indonesian galleries (Nadi Gallery, Semarang Gallery, D Gallery and Element Art). While more galleries were originally expected to participate within the pavilion in the end, many decided to show within the fair in order to present themselves as international galleries rather than Indonesian, Rudolf explained, adding “the pavilion will still be impressive because many people made a huge effort to present the best.”

Art Stage is also presenting a number of feature installations by internationally renowned artists, including Zhang Huan’s 2007 Berlin Buddha, which comprises two large sculptures – an aluminum Buddha and an ash Buddha, which was cast onto the interior of its aluminum counterpart. This is the first time this work will be shown in Asia.

There will also be installations by Arne Quinze, Chen Chieh-Jen, and French artist Philipe Pasqua, along with large-scale artworks by Entan Wiharso (a 15m long work out of metal tiled), Galam Zulkiflie, a 10m-long painting based on historic figures from Indonesia’s art scene painted in eight layers so that different figures appear under three different lighting conditions, and Aditya Novali (another 10m-long piece which has been a very personal work-in-progress for over seven years and is being finished in time for the Indonesian Pavilion.)