New Russian Art Gallery Due To Open In Singapore In Jan 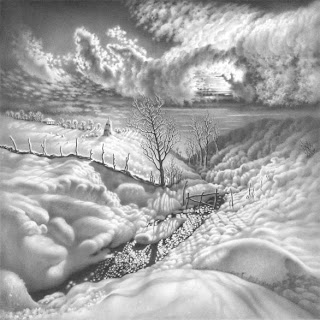 A second gallery specializing in Russian contemporary art is due to open in Singapore, January 2013. Raffian Art, which already has three established galleries in Russia and one in Israel, is planning to open the gallery space in Singapore’s museum district in a reconstructed heritage building facing the Q8 Museum. The location is a 10-minute walk from another gallery specializing in Russian art, 11.12Gallery, on Armenian Street also in the museum district.

In a sneak preview of things to come, Raffian Art is opening a pop-up exhibition 29 November with “Moonlight Winter” that features 17 exquisite pencil drawings by the iconic Georgian artist Guram Dolendzhashvilli who is best known for his monochrome, black and white landscapes, using graphite pencil.

“The glorious master of silent beauty” as he was named by a Russian art critic, has a unique style, dubbed “fantastic realism”, which has brought him to the forefront of his genre.

“Moonlight Winter” features works from his Moonlight Series, named as an homage to his favourite classical composer, Beethoven.

Guran (1943) was born in Kutaisi, the second largest city in Georgia. The artist graduated from the Tbilisi Academy of Arts in 1968 where he was mentored by Lado Grigolia. Even though his works are slightly surrealist in nature, he is considered a follower of traditional Russian realist landscapers Ivan Shishkin and Yuly Klever.

Moonlight Winter will run until December 20 at Artspace @ Helu-Trans