Current Exhibition: A major retrospective of his works, “Milenko Prvacki: A Survey, 1979 – 2012” at the ICA Galleries at LASALLE College of the Arts, with 100 artworks that highlight his constant engagement with, and dialogue between abstraction and the abstract. 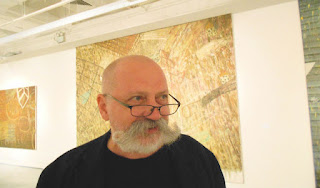 Thirty years is a long time to cover, how did you go about selecting the pieces that should be shown?
It was a collaborative effort and negotiation between curator Dr Charles Merewether and me. It was a very interesting journey for me as an artist as I always look forward and rarely back.
What does the selection reveal about the evolution of your career?
I can clearly identify evolution and development — it is not a static but an active process, moving further every four to five years, discovering new avenues and opening doors and windows for new development — and continuity of my practice — even modified, my language keeps recognizable.
The exhibition presents paintings, watercolors, sculpture, and installation. Do you have a favorite medium?
The choice of medium and material is related to the idea I’m working on, and I tend to work in blocks of time of one to four years. However, painting is my favorite; I find it’s the most direct. 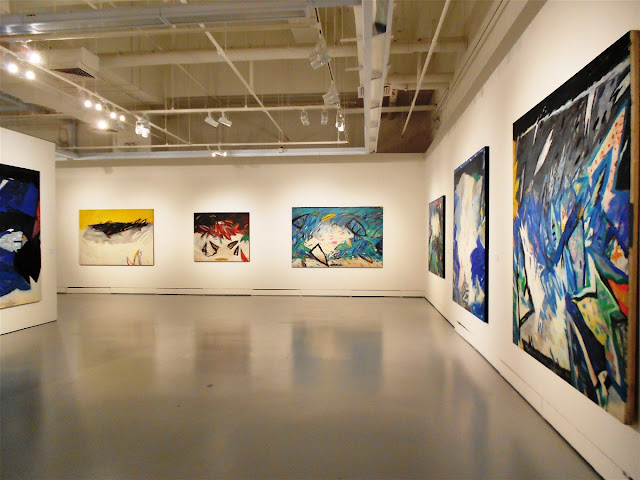 How has your work evolved between the 1970s, when you were living in your native Serbia, and today?

I started with figurative, very politically engaged paintings and drawings, questioning the communist system there and especially the human relationship created in that system. I stopped after I realized that there was a limited audience and personal activism would be more appropriate. In the late seventies I made a shift toward abstract art.
Having lived in Singapore for 21 years, do you think Asian culture has influence your practice?
It would be impossible not to be influenced after that time. It also gave me a better understanding of Chinese art and vertical perspective, and light. You’ve been described as a postmodern painter and sculptor.
I am trying to avoid boxes and fit in to any.
You taught at the Lasalle College for over 20 years and were dean of the Faculty of Fine Arts for nine years before stepping down in 2011. What are your views on art education in Singapore now?
The major problem with Singapore education is dependency. Most of the time, we are getting very dependent students asking for solutions, answers, and direction. They are not taking risks and instead are looking for comfort. So we have to work much harder so they leave college as independent artists. I think we need to change and improve primary, secondary education here and advance learning.
You just received a Cultural Medallion, Singapore's highest honor for the arts. What does that mean to you?
It is kind of official recognition of what I did over the last 20 years as an artist, educator and cultural worker; an acknowledgement that all my efforts weren’t futile.
READ THE FULL Q&A ON http://www.artinfo.com/node/838849/" target="_blank">ARTINFO